American photographer, Surrealist artist and model Lee Miller was known for saying, “it seems to me that women have a bigger chance at success in photography than men… Women are quicker and more adaptable than men. And I think they have an intuition that helps them understand personalities more quickly than men.”

With her rich, varied career in both war photography and fashion, this couldn’t have been more true for Miller. Her documentation of the Holocaust in Europe after World War II solidified this status, as did her work for British Vogue and time among other iconic artists. While many people once knew her primarily as the lover of Surrealist artist Man Ray, her son is responsible for bringing her work to the forefront and showcasing her career on her own terms.

Miller was born on April 23, 1907 in Poughkeepsie, New York. Her father, Theodore, was a mechanical engineer and an amateur photographer who owned a Kodak Brownie, a stereoscope and had an at-home darkroom for developing his work. He would go on to teach Miller about the basics of photography. While she was learning about her future career, though, Miller also suffered from trauma early in her life. A guest of a family friend raped her when she was seven years old. It’s thought that this horrible incident would later shape her photographic perspective.

In 1926 at age 19, Miller moved to New York City and enrolled in the Art Students’ League. Here, she studied life drawing and painting. In addition, Miller literally ran into a career in professional modeling when major magazine publisher Condé Montrose Nast saved her from stepping into oncoming traffic. When he saw her face, he was taken with her beauty and knew she’d be a great model, especially since she embodied the era. He hired her as a model at Vogue. Many photographers took her picture, including Edward Steichen who said, “Lee was the ideal model for the mid-twenties mode. She was tall, carried herself well, and her strong profile and fine blonde hair exactly suited his clear, elegant style.” Steichen would go on to encourage Lee to pursue her own photography career, and wrote her a letter of recommendation to Surrealist artist Man Ray. 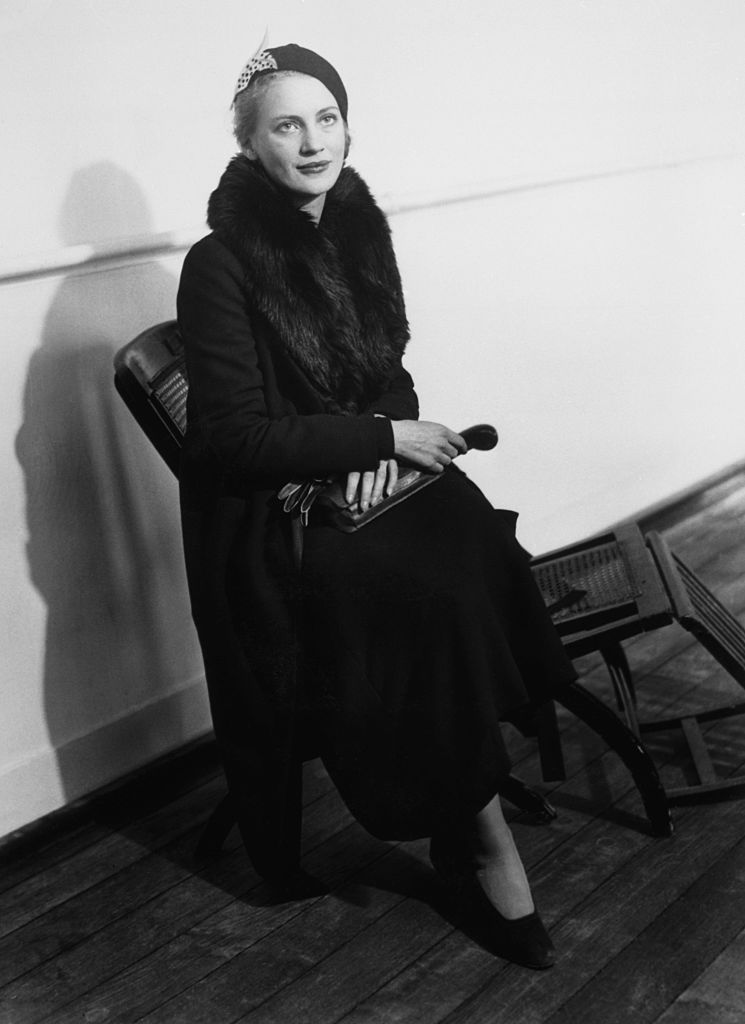 Miller fled New York City after an embarrassing ad with her photo by Steichen appeared in an ad for Kotex feminine products. This was scandalous at the time, and she was ready to move on and find Man Ray as well. She was “fed up to the teeth with painting. All the paintings had been painted, as far as I was concerned, and I became a photographer.” Miller found Ray in a Paris nightclub, and from there told him that she would be his new student, even though he didn’t take on students. From then on, Miller and Ray were collaborators and she was his model. They soon became a couple. Miller also worked with French Vogue as a model and on the other side of the camera as an assistant to famous photographers. She also helped Man Ray develop his style, discovering the photography technique of polarization by accidentally turning on a light in a dark room and using cropping to show the composition of a picture.

In 1932, Miller went back to New York City after breaking up with Man Ray. She modeled and took photos for Vogue, as well as opened a studio with her brother Erik. Just two years later, Miller moved to Cairo, Egypt with her new husband Aziz Eloui Bey, she created photographs of the country’s iconic architecture. However, she didn’t love living and working there, and in 1937 she returned to Paris without her husband. She began socializing and working in the city’s Surrealism circles. During this time, although the people around her indulged in hedonistic trips and parties without thinking about the realities of the growing situation. World War II seemed imminent. In 1939, Miller left Bey and returned to London, right as World War II broke out.

Miller became a war correspondent and photojournalist, turning her eye to the atrocities in front of her camera. She covered the Blitz through 1941, which were featured in British Vogue and the book, Grim Glory: Pictures of Britain Under Fire (1941). She became an accredited war correspondent in 1943 and became part of the 83rd Infantry Division of the U.S. Army in 1942. During her time as a war correspondent, she saw many things, including the liberated concentration camps at Dachau and Buchenwald, where she photographed piles of human bones. She even took off her muddy boots, wiped them onto the bathmat and posed in Hitler’s bathtub with a picture of the furor behind her.

In Vogue, Antony Penrose described the tone of her work: “The gore and violence of her articles feature boldly in the pages...the grim skeletal corpses of Buchenwald are separated by a few thicknesses of paper from delightful recipes to be prepared by women dressed in sumptuous gowns.”

After the war, Miller suffered from PTSD and coped with alcohol. What got her out of this cycle, it seemed, was “surrealist gourmet cooking,” which included, as noted in a Vanity Fair article, “green chicken, huge Elizabethan feasts of entire roasted pigs, cakes with absurd decorations, things that might make you nervous about having a friend over for dinner.” She even put together a cookbook that she never ended up publishing. 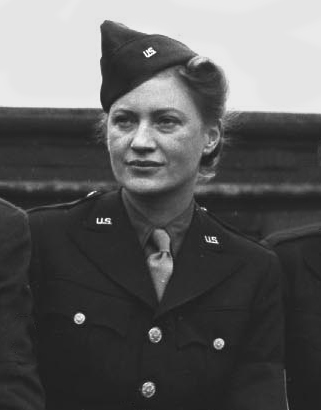 Later in life, Miller continued to travel but refused to take photos. She died of cancer in 1977 on her farm, where her son and his wife and baby lived. After her passing, her thousands of prints and negatives were discovered in the attic. As written in Vanity Fair, the story goes like this:

“We wouldn’t have these other drafts—four or five total when Miller typically only took one or two per shot—if her son’s [Antony] wife, Suzanna, hadn’t discovered them in his family’s attic. Hell, we might not even know who Lee Miller was if Antony Penrose hadn’t made it his life’s work to revive her incredible and inspiring story.”

Once her son Antony knew about his mother’s photographs, he made it his business to introduce the world to her work. The Lee Miller Archives were created. This enabled the public to rediscover her work in the 1980s, and beyond. Books, exhibits and articles about Miller were available to the public.

In the end, Miller lived her life and made her career on her own terms. She was in a unique position to see the most glamorous and the grittiest sides of life, all through the lens of her camera. Her legend lives on today, and, as biographer Carolyn Burke was quoted as saying, "to this day, her life inspires features in the same glossy magazines for which she posed...this approach turns the real woman in to a screen onto which beholders project their fantasies." Additionally, Miller was called an, "American free spirit wrapped in the body of a Greek goddess.” Perhaps Miller said it best in a quote that she could apply to her own life: “Other people tend to value the way you value yourself.” Miller valued her time and craft when it came to art, and inspires all of us to do the same.