Get Acquainted with the Grandeur of Baroque Art

Whether you’re looking for inspiration or just curious about art history, it’s important for artists to examine the works of the great masters of the past and see how art has evolved through the ages. From cave art to contemporary works, art’s illustrious past has changed to suit the times in distinctive ways. As each new wave of art appears, there is always an element in it that was learned from the works that came before. One of those periods of change in art happened in the 17th century. This time became known as the Baroque period. Before this period, artistic rules were very strict, severe, and driven by the academics of the time. During the Catholic Counter-Reformation, the church took over artistic direction and spurred an age of grandeur and drama in art and architecture that was meant to appeal to the masses.

In this article, we’ll examine the Baroque style. We hope by looking at the past, you’ll be inspired as you create art in the future.

What is Baroque Painting?

The Catholic church wanted to make biblical stories easily accessible to the general public in hopes of their conversion so it was important that these paintings be dynamic and full of over-the-top depictions. They wanted the images and scenes to evoke an emotional response in the viewer. Artists of the time began to push the boundaries of acceptable art and began including grandiose environments, sensuous and dramatic characters who were portrayed as overly emotional, and complex compositions full of opulence and rich color. Due to the unusual nature of these paintings compared to their simpler and more tame predecessors, it became known as Baroque. This term was derived from “barroco,” a Portuguese word meaning “oddly shaped pearl.” With time, the term Baroque would come to refer to anything that could be considered bizarre or something leaving conventional proportions and rules behind.

It didn’t take long for this art movement to travel throughout Europe, including Germany, Holland, and Spain. By the 18th century, it had become especially popular in France.

Baroque Painting at a Glance

As you walk through a museum, you’ll notice the signature Baroque characteristics that set this art style apart. These qualities will help you identify a Baroque piece of art:

Baroque Painters and Their Masterpieces

Although the subject or style of the painting may vary, Baroque painters were the visual dramatists of their time. Their scenes were often packed with the action of the most moving Bible stories and mythological tales. Let’s look at a few of these acclaimed Baroque artists and their work.

Rubens - Peter Paul Rubens was an artist who is considered to be the most important Flemish Baroque artist of all time. His dynamic and inventive scenes are based on stories from the bible and mythology. A widely used term to describe a robust female is “Rubenesque” due to the voluptuous nature of the female characters he portrayed in his art.

Caravaggio - A leading Baroque painter in Italy during the early 17th century, Michelangelo Merisi da Caravaggio (sometimes called the second Michelangelo) is best known for his troubling and highly realistic large-scale paintings. Caravaggio was as dramatic as his work, often exploding into violent rages, which ultimately resulted in him committing murder.

Here is his work entitled The Entombment of Christ. Note the high contrast between the pale skin of Christ and the dark background. 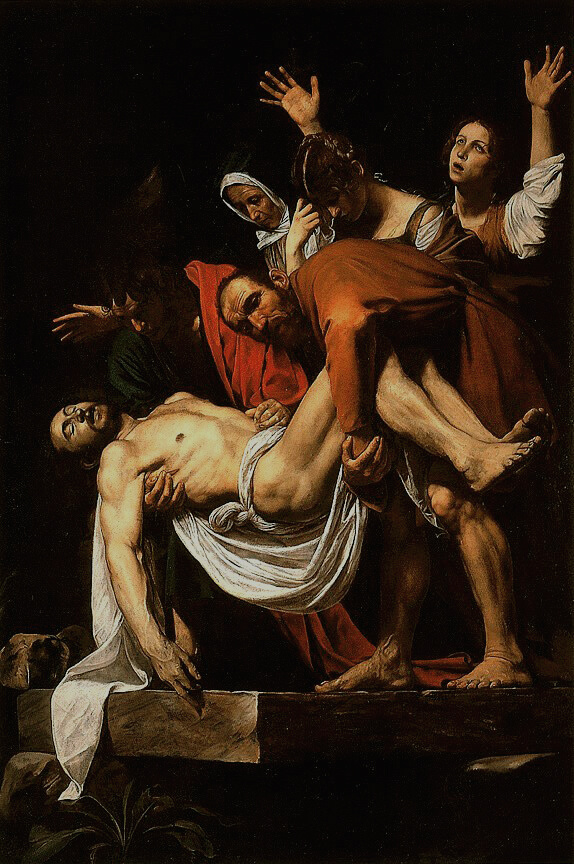 Velázquez - Diego Velázquez was one of the most important artists in King Philip IV of Spain’s royal court. While he did paint historical scenes, Velázquez is best known for his portraiture. His expert use of chiaroscuro inspired the works of many artists including those in the 20th century, such as Francis Bacon, Salvador Dali, and Picasso.

His most famous painting, Las Meninas, is of the Spanish royal family. 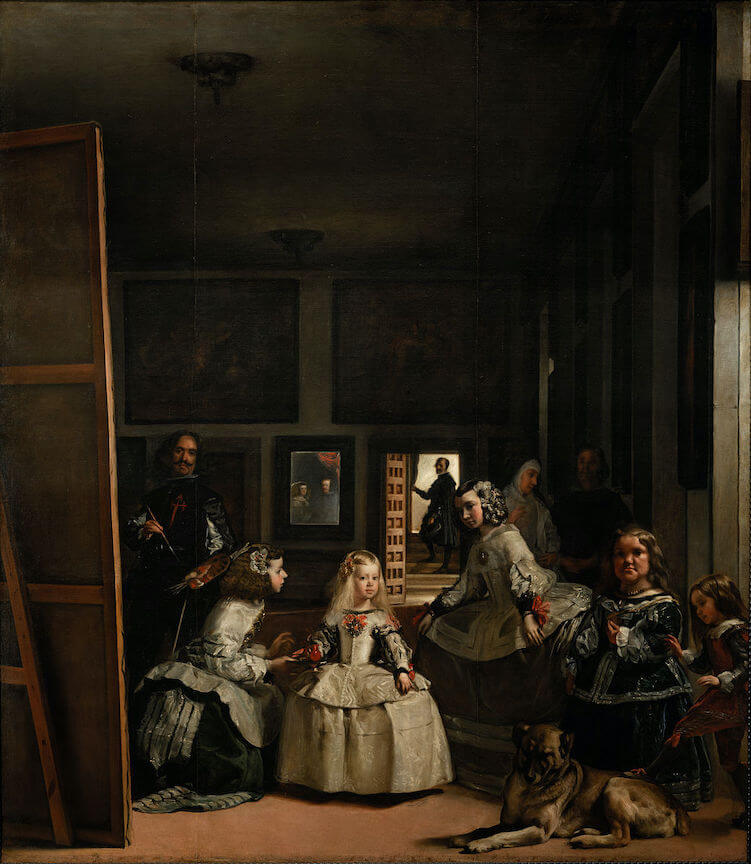 Rembrandt - Who hasn’t heard of Rembrandt? Rembrandt Harmenszoon van Rijn is a Dutch painter and one of the greatest artists in the history of art. His rich color palette and engaging portraits of ordinary people, including over 70 of himself, still inspire artists today and enthrall collectors around the world. He combines all the characteristics of Baroque art in his masterpieces which depict biblical and historical events.

Rembrandt’s Night Watchman is considered to be one of his most influential works. 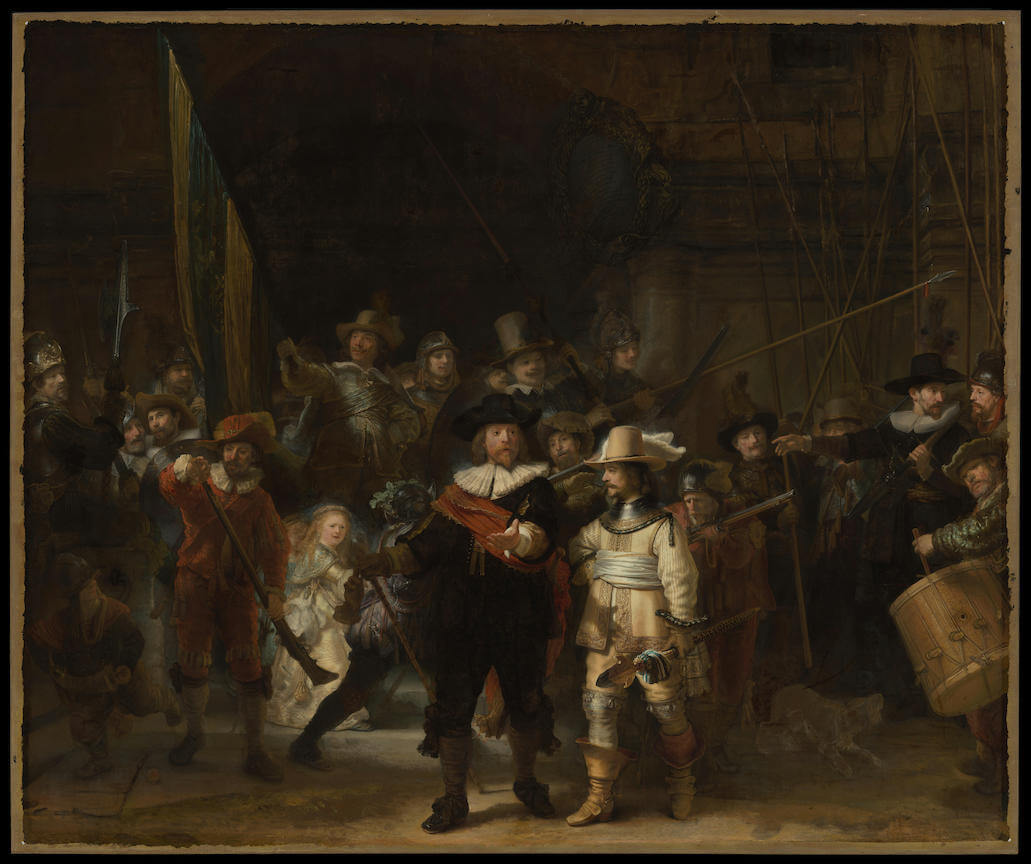 Poussin - Although Nicolas Poussin spent most of his career in Rome, he is considered to be the master of French Baroque painting. He painted mythological, classic, and religious scenes for various collectors.

His most notable work is Et in Arcadia ego, shown here. 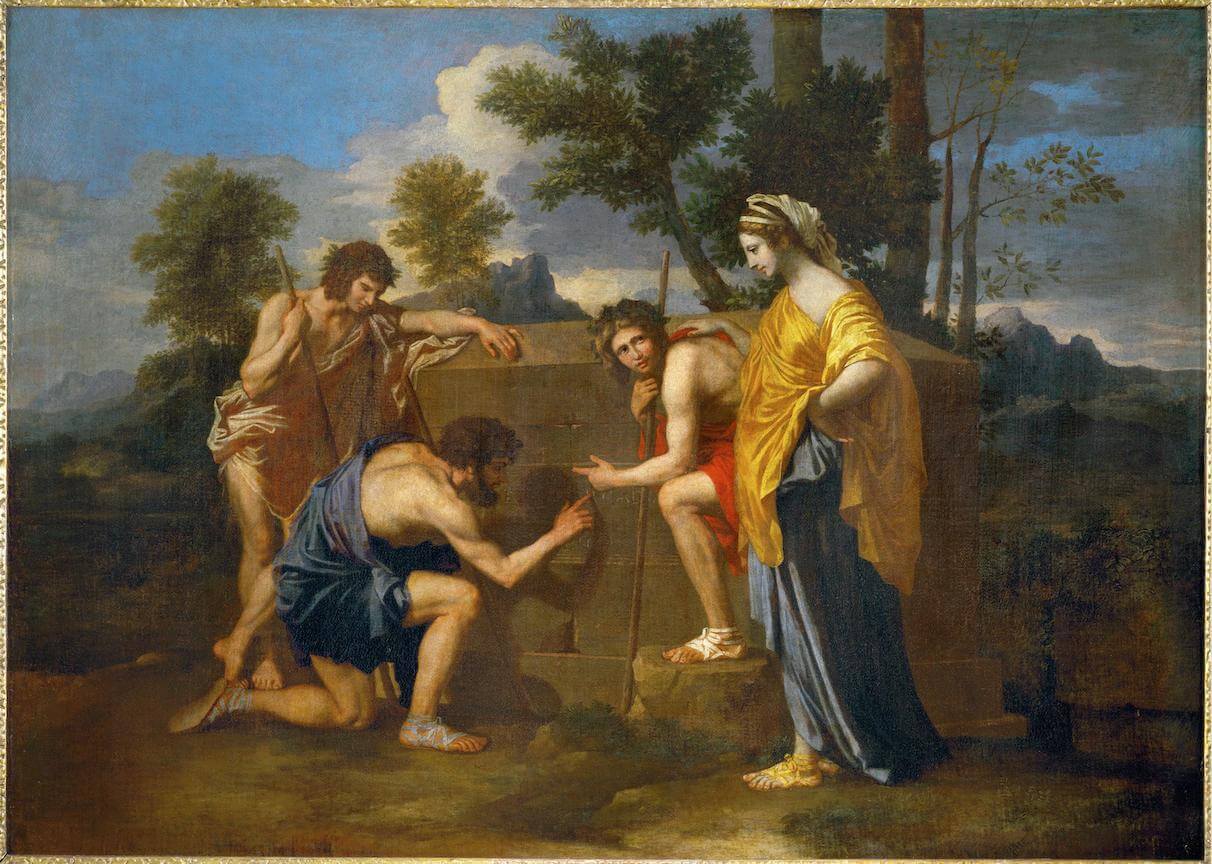 Vermeer - Johannes Vermeer was a Dutch painter who painted mostly domestic scenes. They show ordinary people going about their daily chores. Vermeer was a genius at capturing light which gave a dramatic effect to what would otherwise be considered mundane subject matter.

He is best known for his painting, Girl with a Pearl Earring. 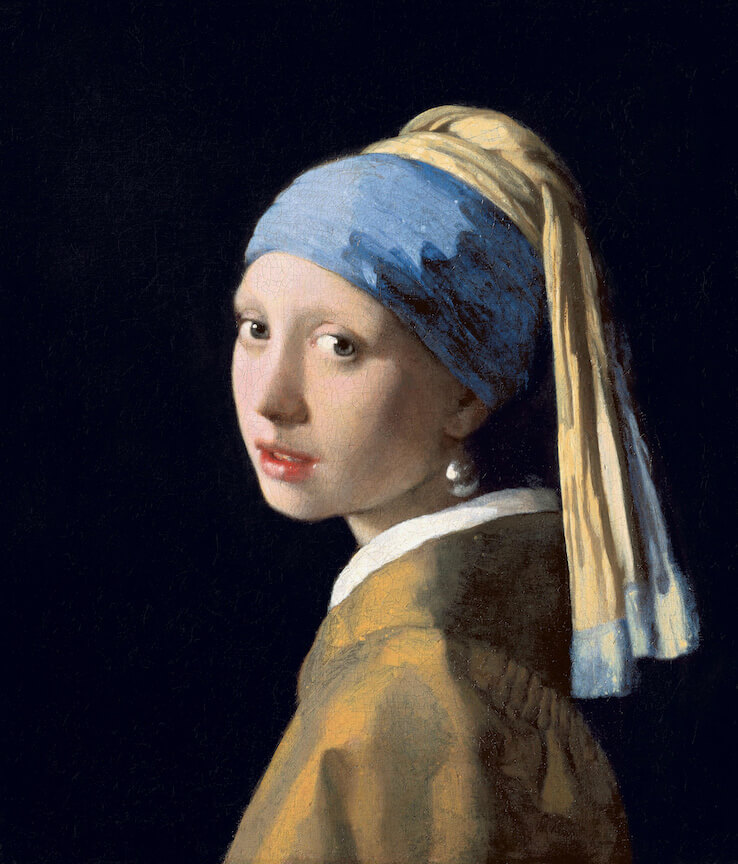 As you can see, the Baroque period broke free from the constraints of past artworks to give us some of the most exciting paintings in art history. These lavish and emotional works have been the inspiration for generations of artists and continue to draw admirers to the museums in which they hang. The Baroque masters are still studied with enthusiasm by artists, collectors and art enthusiasts. It truly is a style for the ages.
Back to blog