Mix Your Own Spooktastic Brew of Slime

Gather around the cauldron and collect some special ingredients to make 3 ooey-gooey slime recipes at home. These special brews were inspired by the eerie season of scares, Halloween. Each Halloween slime recipe is just a few steps so you can easily make as much slime as you want. This is a great recipe to make with your fellow monsters and frights, but you can also make these for yourself to help you get into the spirit of the spooky season. When you’re finished making your ghoulish delights you can share it with your friends as a Halloween treat (or trick). 👀

Additional shades and products for each slime: 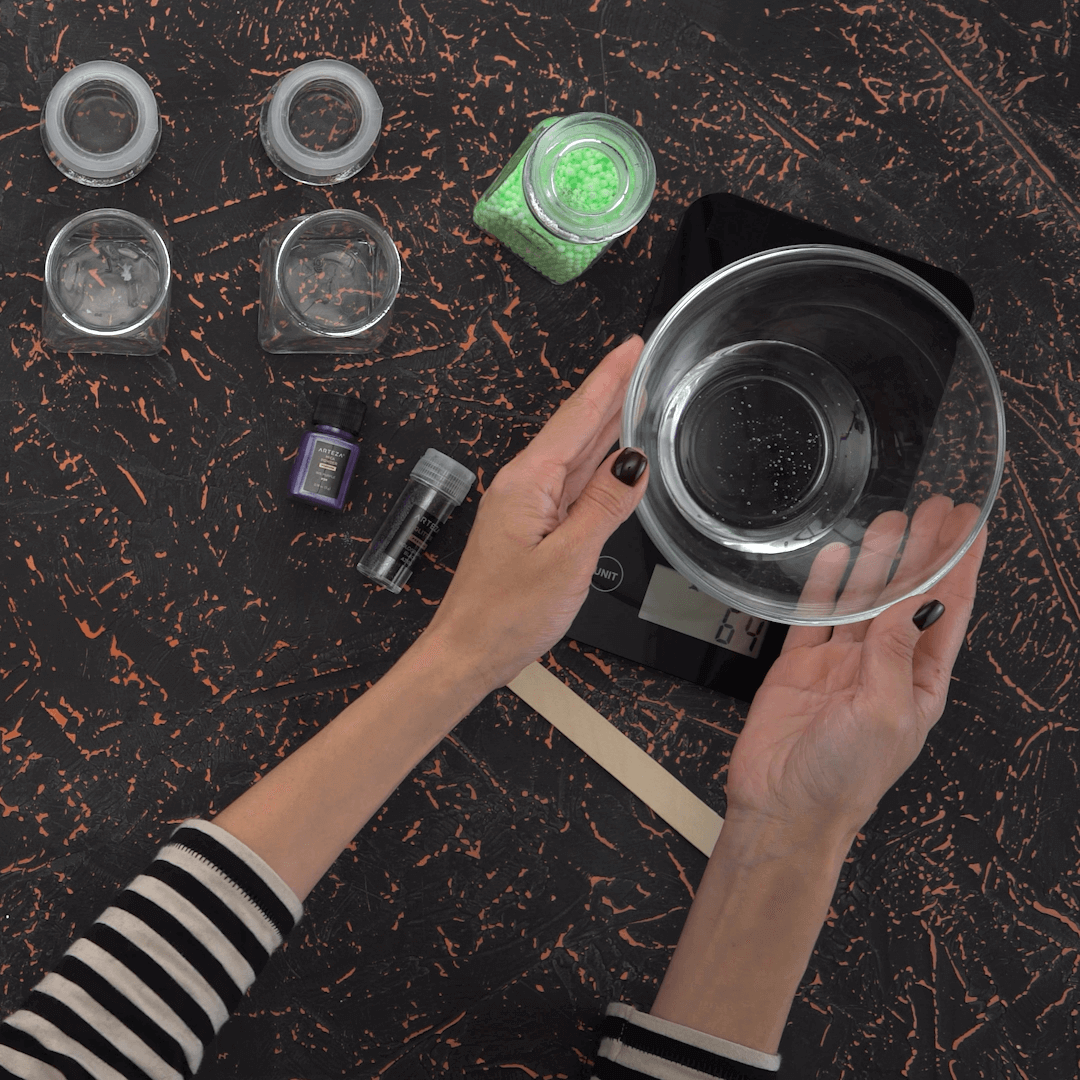 Put a mixing bowl on the scale and pour in the required amount of glue (approximately 60 g).

TIP: It’s okay If you accidentally add more than the recipe says, later you can add a little more of the slime activator. 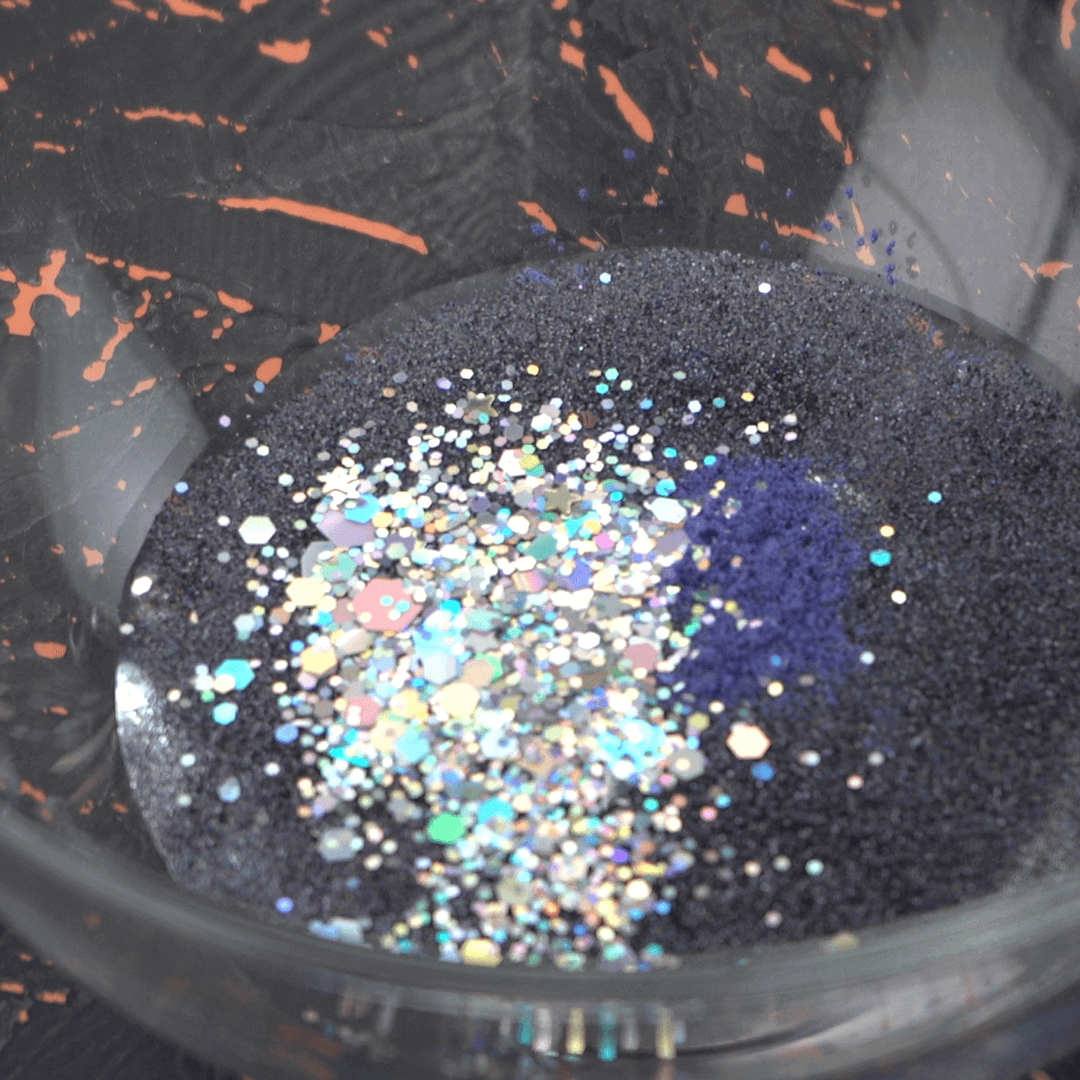 Add a bit of Black Holographic A2102 Glitter, Iris Purple P39 Mica Powder and Diamond Glitter to the mixing bowl. Mix well and put it back on the scale. 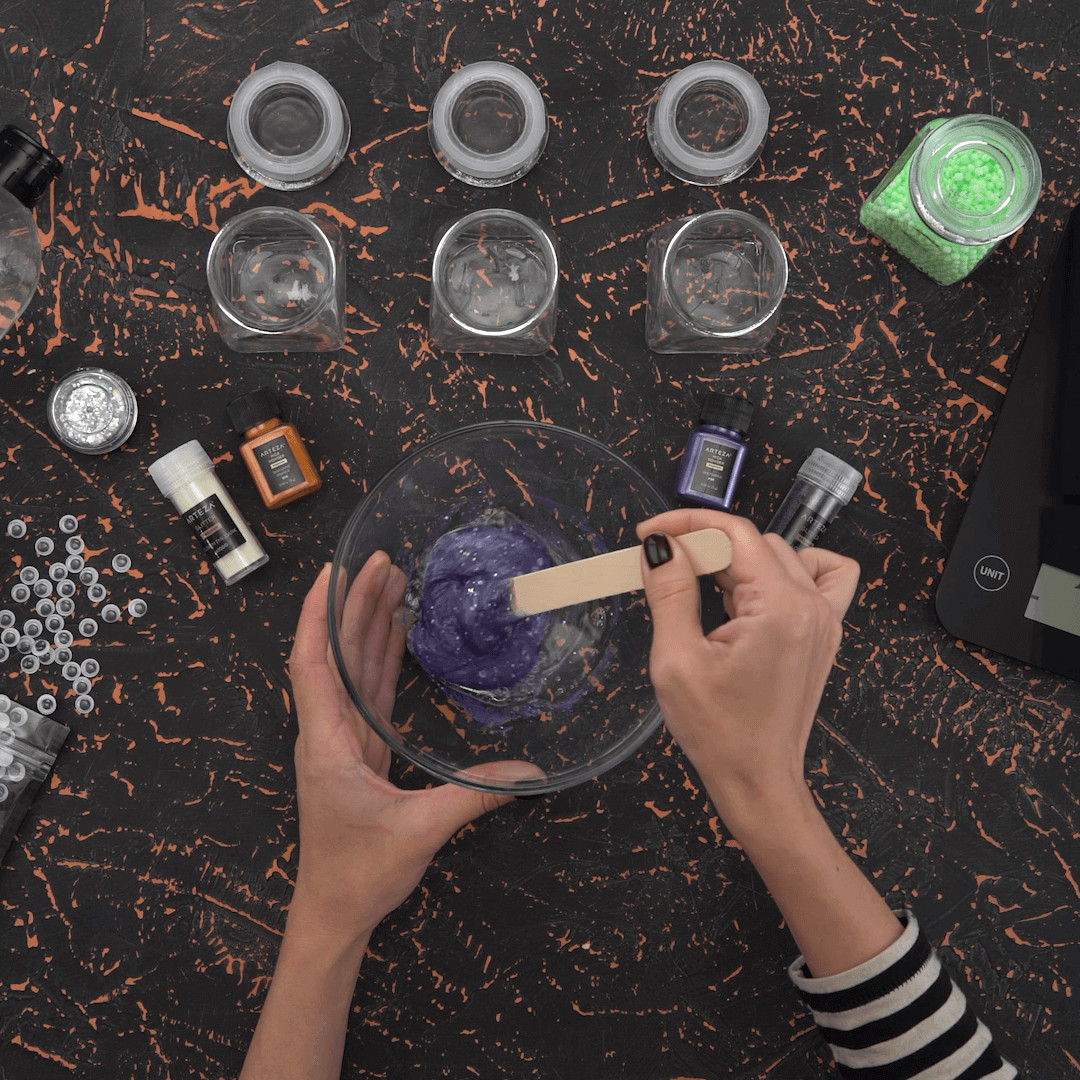 Tare the scale then add in 20 g of slime activator. Remove the bowl from the scales and mix well until the slime starts to stick all together. Then knead the slime with your hands and place it in the container. 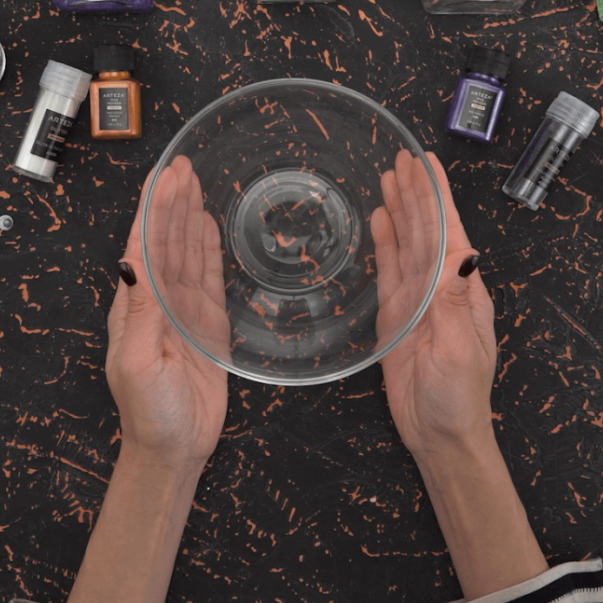 Clean out the bowl you used before or get another clean bowl and put it on the scale. Add 60 g of glue into the slime then remove the bowl from the scale. 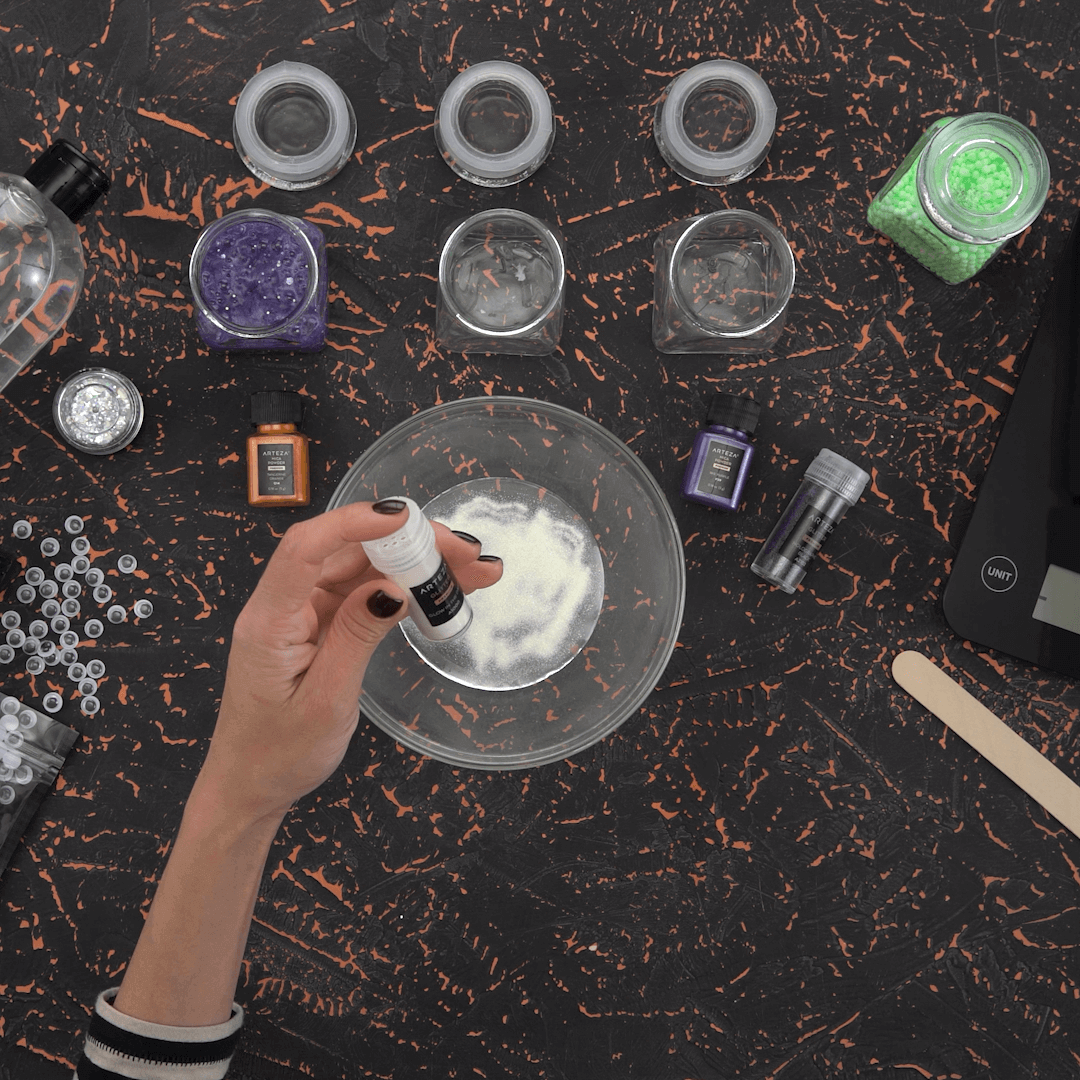 Add a bit of Glow-in-the-dark A1000 Glitter and foam balls to the glue then mix everything together and put it back on the scale. 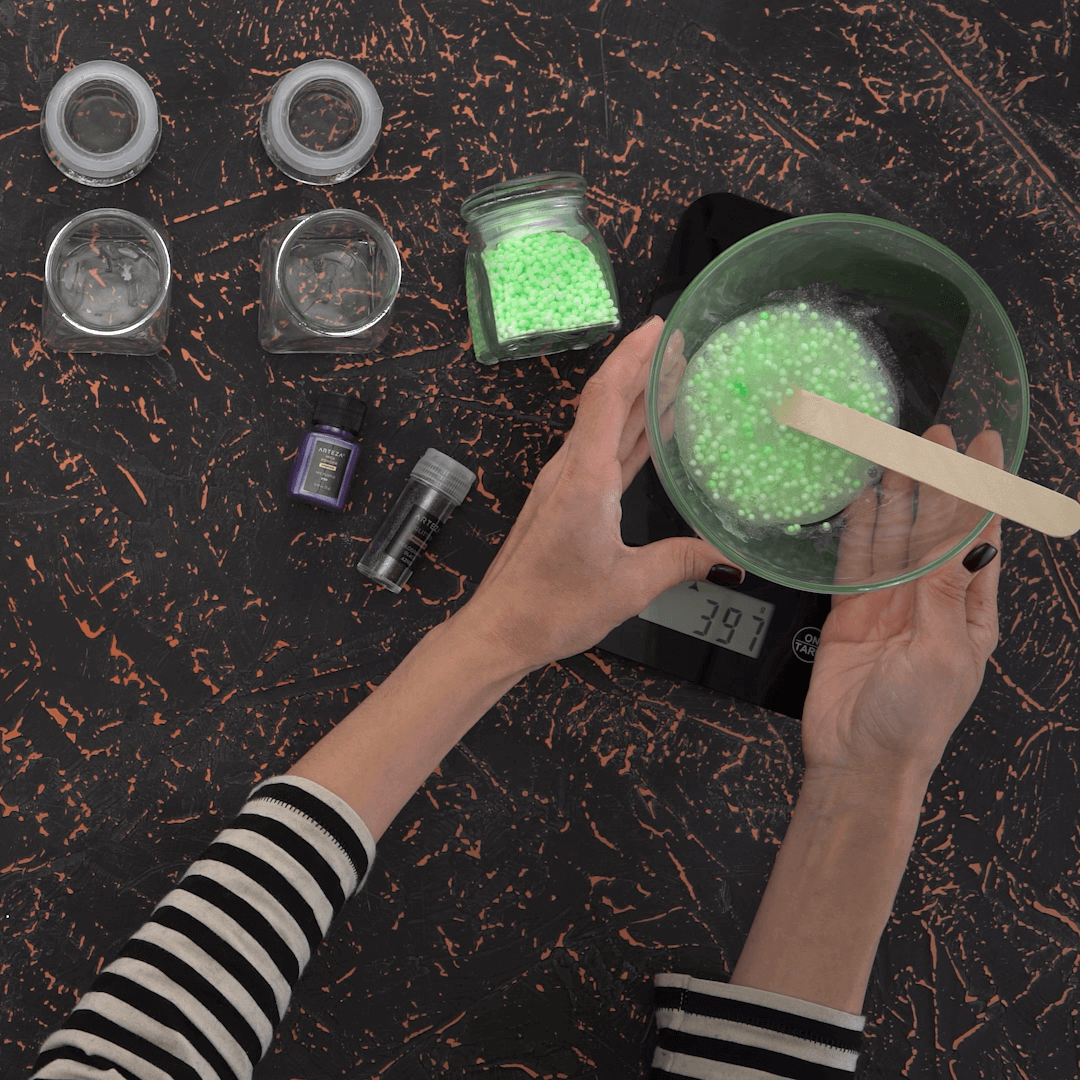 Measure 15 g. of slime activator. Remove the bowl from the scale and mix it like we did with the previous slime and put it into a container.

TIP: You can add a little less activator, this way the slime will be more stretchy and less elastic. The activator helps to make the adhesive part of the slime more dense. 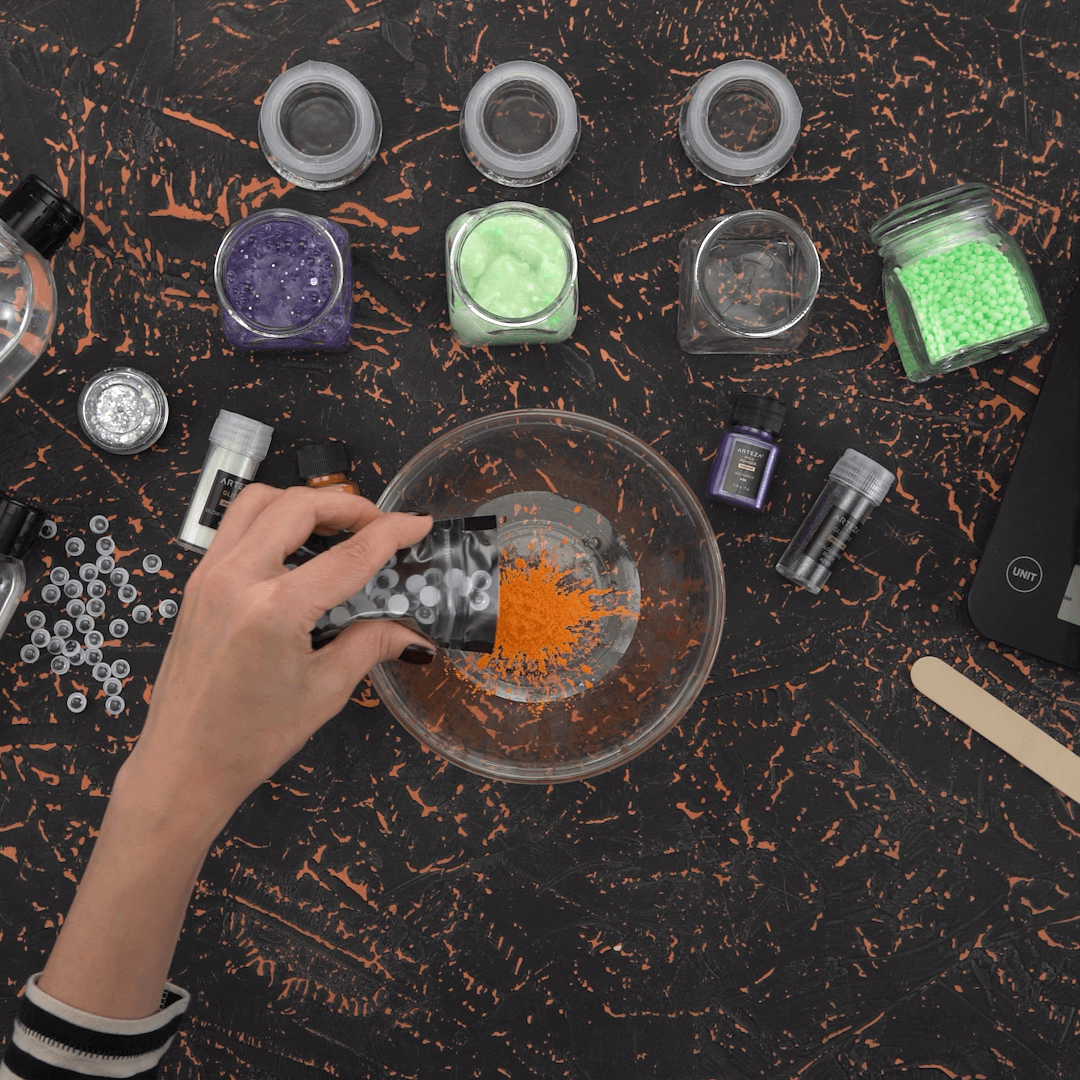 Prepare another clean mixing bowl, put it on the scale and measure another 60 g of glue. Remove the bowl from the scale. 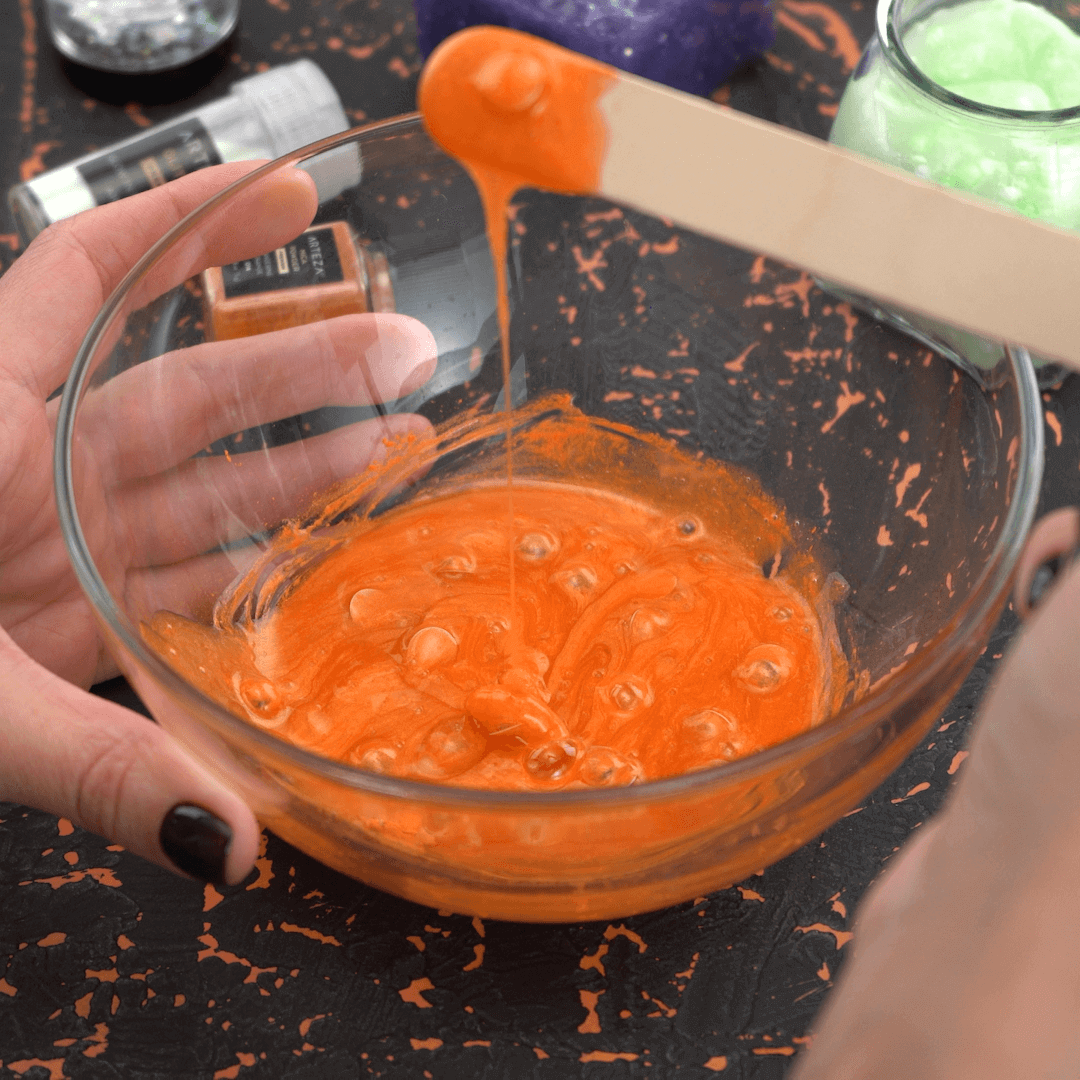 Add some Tangerine orange O14 Mica powder and googly eyes, mix well and put the bowl back on the scale. 👀 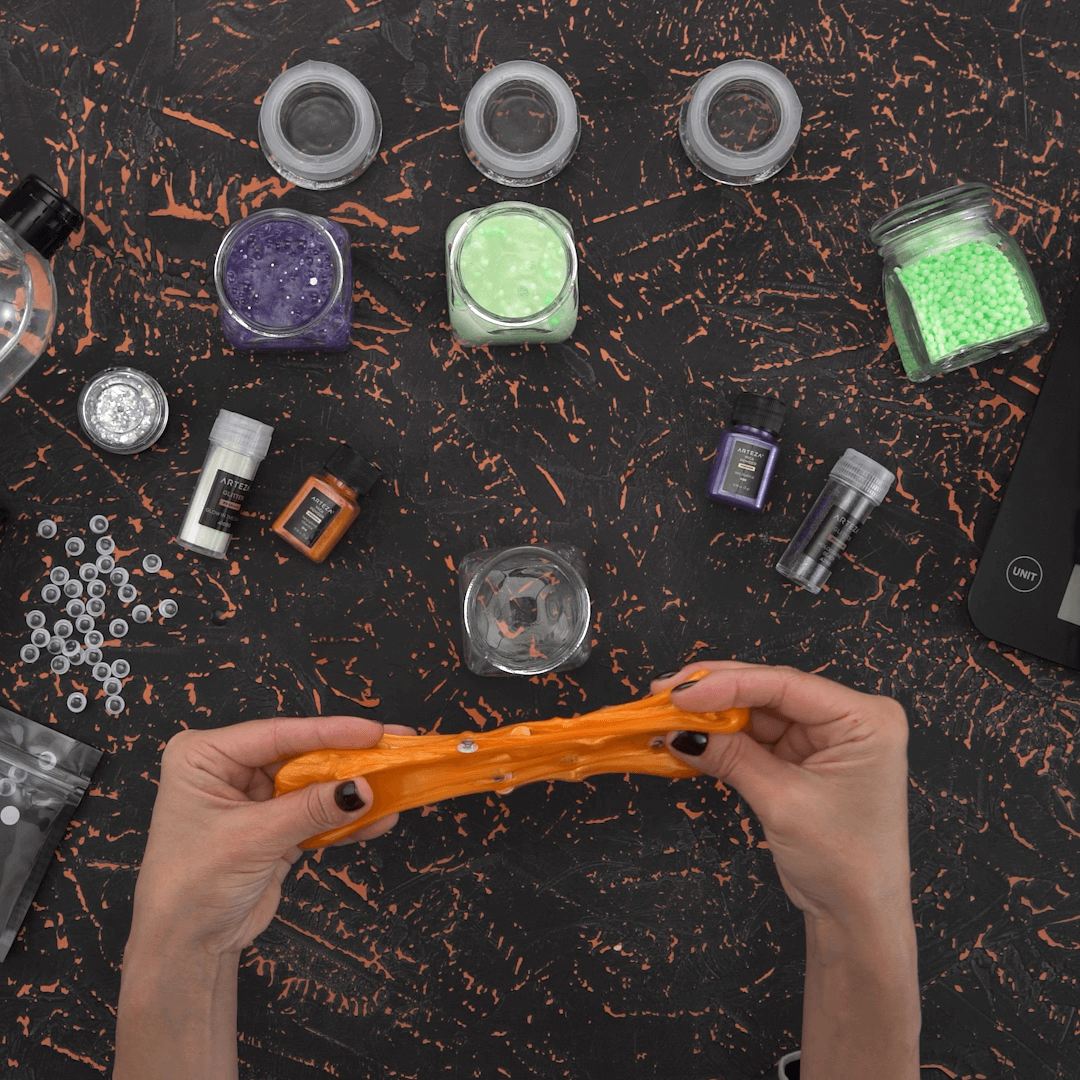 Measure 15 g. of slime activator and add it to the bowl. Remove the bowl from the scale and mix it the way we did before. Place the slime in another container and put on the lids for all three containers.

Your "Terror-ific” Slimes are Finished!

Now that your frightful slimes are finished, you’re ready to give everyone a little scare with them. If you have some leftover slime ingredients, create some custom blends with other glitter colors and mica powder combinations. You can find huge sets of fine glitter in a wide variety of colors or fun chunky glitters in dynamic duos. Just a tiny scoop of mica powder will turn your slimes into pearly masterpieces filled with color. Grab your favorite colors and sets today and create more slime for any holiday of the year.

A slime activator is one of the slime ingredients needed for the chemical reaction that takes place to form slime. While we don’t offer this product just yet, you’ll be able to purchase it online or at a local arts and craft store.

What is slime activator? I did a search on the sight and didn’t find anything.