They say love is all around us, but thanks to American pop artist Robert Indiana, “LOVE” appears on paper, in sculpture, and even on United States stamps. This preeminent artist was a notable figure in the 1960s, driving the development of assemblage art, hard-edge painting, and a body of work that speaks to what it means to be American through abstraction. Indiana’s famous "LOVE" work, which features the word spelled in uppercase letters, arranged in a square, with the "O" tilted to the right—first appeared on a Christmas card for the Museum of Modern Art in 1965, but his story began decades earlier many states away from New York. 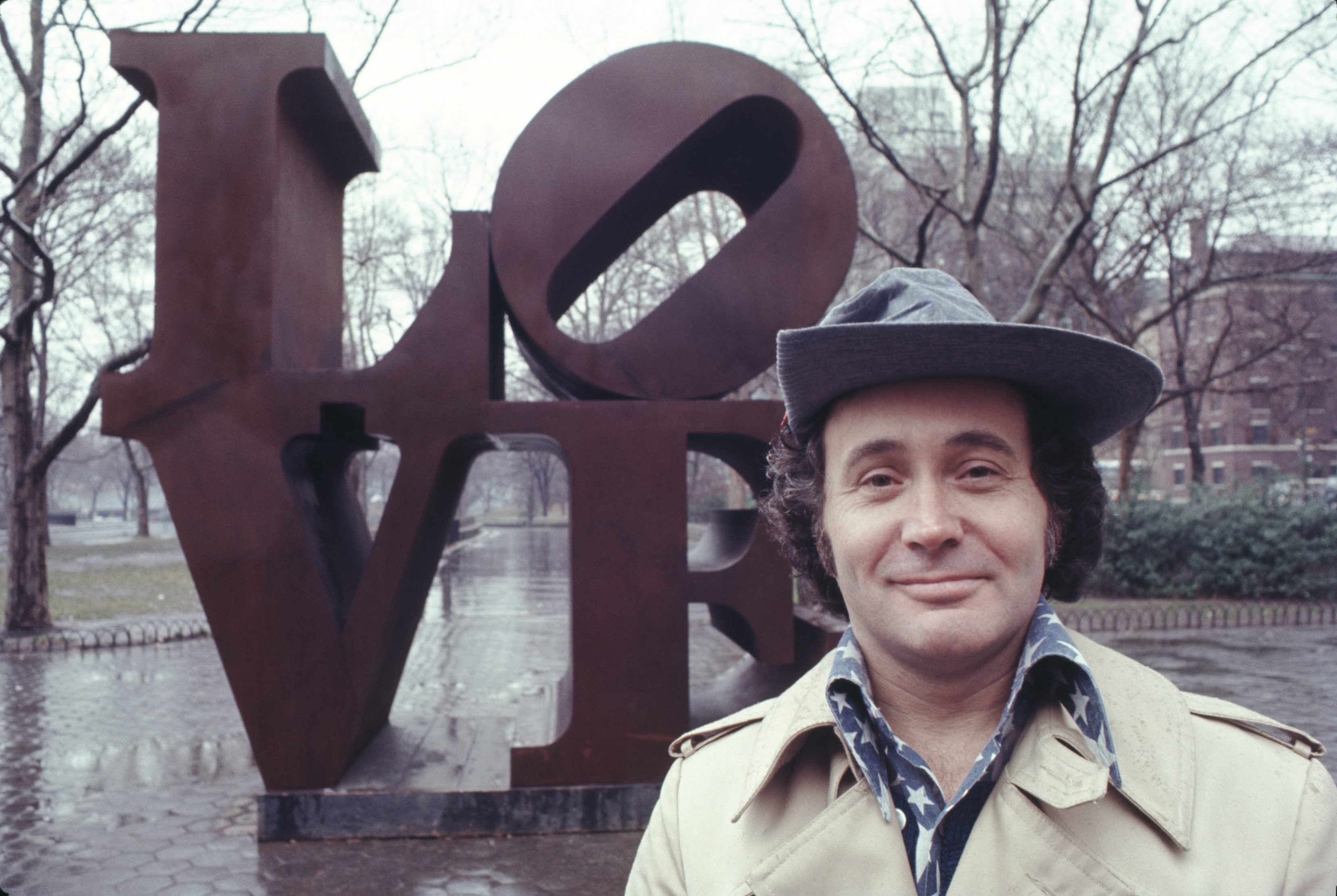 Born Robert Clark in 1928, the future artist was adopted as an infant in Indiana, the state from which he would eventually draw his name. He was able to experience a wide breadth of Indiana as his family moved frequently, fortunately passing through a first-grade class in which the teacher was supportive of his emerging artistic talent. Eventually he settled long enough in Indianapolis to attend a technical high school known for its arts program, graduating as valedictorian of his class.

From there, Robert explored his talents and his options beyond Indiana, serving in the Air Force for three years and studying in art programs as far away as Edinburgh, Scotland. When he returned to his home country in 1954, he found his place among the art community of New York City, as well as in the inspiring countryside of Maine’s coast.

What he’s known for

The 1960s was a decade defined by pushing the boundaries of art, as a time where radicalism fueled self-expression and the counterculture revolution drove change in the social and political landscape. This shift in American identity became clear in the art generated during this time. Indiana was at the very center of the beating heart of this upheaval, absorbing it as much as he was personally creating it through his paintings, sculptures, and mixed-media productions.

It was in New York where Robert’s artwork evolved, as well as where he took on his home state as his namesake to pay homage to his Midwestern origins. While living with other artists in Coenties Slip, an artist neighborhood and former port in Lower Manhattan, his work was influenced by community members like Ellsworth Kelly, James Rosenquist, Agnes Martin, and Jack Youngerman. The neighborhood itself served as inspiration, whether it was by providing subjects for him to paint or materials for him to use. Like many of his fellow artists, Indiana repurposed forgotten objects scattered throughout the area.

It was the written word that drew Indiana’s attention most, and which brought him to fame. By framing short words—whether it was EAT, HUG, or LOVE—in bold, simple forms that called forth American advertising and the culture of consumer excess. Indiana made a name for himself as an artist heavily influencing the pop art movement, helping to move contemporary art out of its fine art shackles. His work defied the cultural establishment and challenged what the old guard defined as art, with deeper political and cultural messages throughout.

Other artists at the time that shared a similar approach and style with Indiana include Andy Warhol, Roy Lichtenstein, and Keith Haring, each incorporating pop culture into the artwork they created using bold, bright colors, and an almost graphic design-like approach to more traditional mediums. 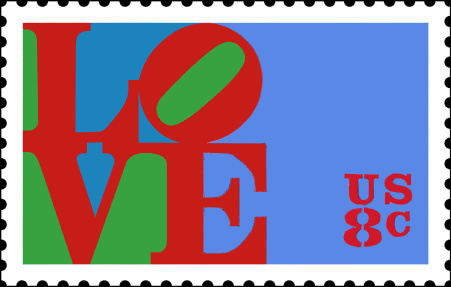 Though Indiana was already experiencing commercial success, a 1964 work of his featuring the word EAT was commissioned for the World’s Fair. It was “LOVE” that catapulted him into the spotlight and cementing his role in the foundations of contemporary art as we know it today. The success of the MoMA’s Christmas card could be attributed to the mid-60s being defined as belonging to the “love generation,” but much of the credit should be given to Indiana’s artistry directly for depicting hard-edged colors on canvas, a style that was not yet popularized. The design was bold, compelling, and new, using colors inspired by both the Midwestern sky and the works of Ellsworth Kelly.

The image clearly resonated with audiences on a deep level, becoming a national stamp in 1973 and appearing in reproductions, legitimate and otherwise, for decades to come. Eventually Indiana would even go on to recreate his work in other languages, including Spanish and Hebrew, a testament to the artwork’s global appeal. The original “LOVE” rendering in sculpture form remains on display in front of the Indianapolis Museum of Art, but copies exist around the world.

While “LOVE” remains one of the most successful works of art in modern history, historians suggest it may have overshadowed Indiana’s other work. In the late 1970s, he elected to leave the New York art scene and move full-time to Maine, living on a remote island and returning to artistic themes that reflected his immediate surroundings. He continued painting and incorporating found objects into his work, continuing to play on themes of American identity and his own personal past. Indiana’s post-”LOVE” work has appeared in numerous exhibitions and continues to compel audiences wherever it is. 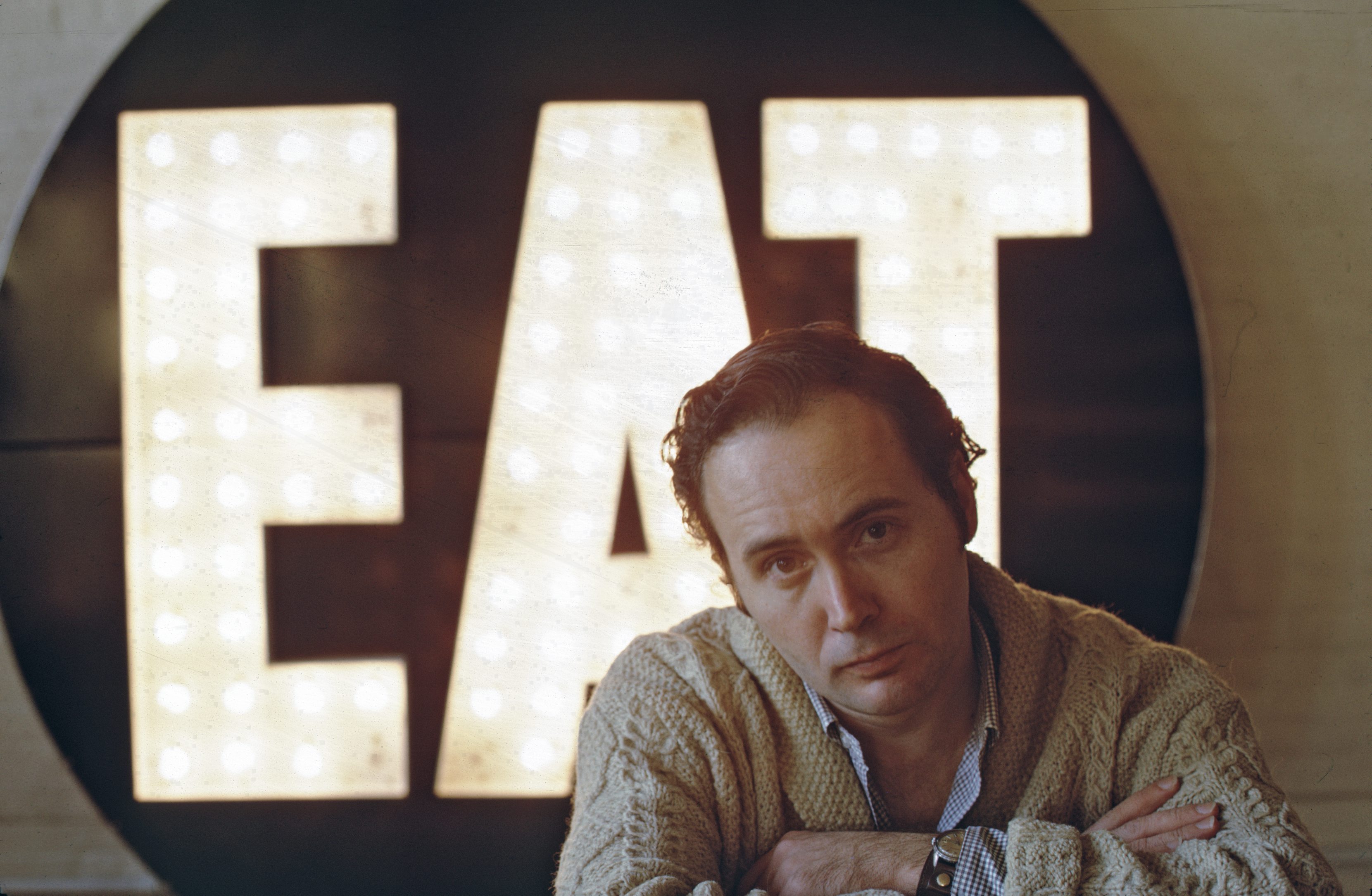 A life of legacy

While Indiana passed away on his island in Maine in 2018, his legacy is still one of great substance, with other contemporary artists that incorporate the written word into their work looking to him as a beacon of creativity, an essential influence from which they can draw their own innovations.

Today, even many decades after Robert Indiana’s rise to fame during the pop art movement, the enduring nature of his work persists. Though bold, graphic designs and artwork that asks us to challenge the socially accepted norm are now ubiquitous in the art scene, it’s worth remembering that the cultural and political discussions we share today are due in part to the pioneering work of artists like Indiana, who was willing to push the boundaries of what was deemed as acceptable.

Robert Indiana flourished in a time when beseeching one another to simply love was seen as a radical act, a message that can, perhaps, hold relevance today.