In Collaboration with MOAD: Interview with Rafael “Lozano-Hemmer” on Art & Tech

Mexican artist Rafael Lozano-Hemmer is grabbing eyeballs in the arts world thanks to his works that combine technology, performance art and architecture.

The artist, who has been the recipient of prominent awards such as the BAFTA for interactive art, took a break from his busy exhibition tour to talk with us about technology in art and more. 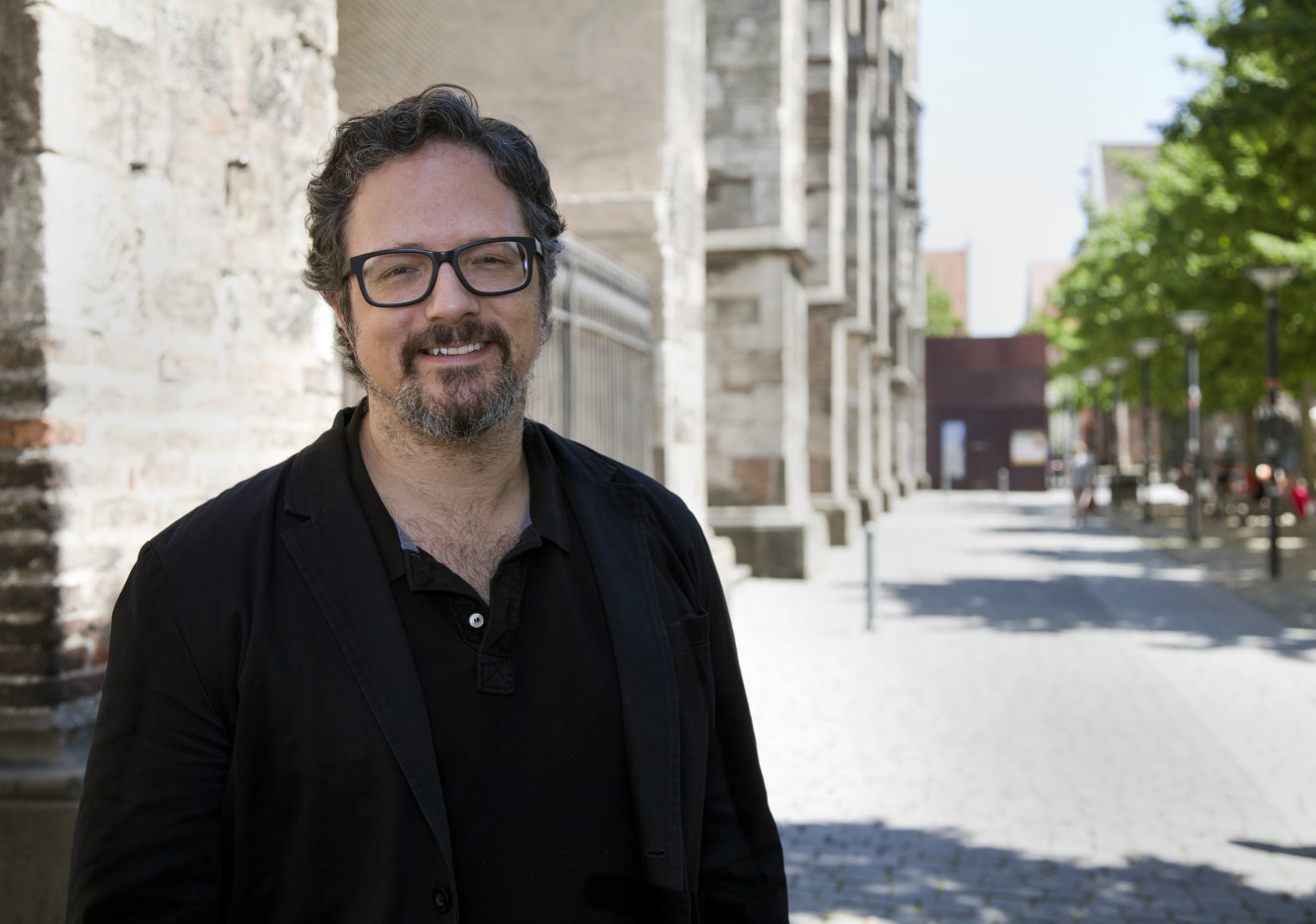 What made you want to create participatory art installations that combine architecture and technology versus what may be considered more traditional artwork?

“In part it’s because I did not receive proper training [where] I don't have the individual talent to have a particular specialty like painting or being able to play an instrument or be able to choreograph or be a poet. My training is actually in science. I received a degree in Chemistry and after I came out of the university, I started working in performing arts and because I didn't have a specialty in any of the fields, I decided to be the director. I would sort of look at the different people, put together these kind of theatrical presentations, these performances and I would sort of stand back and make decisions about it.”

“I think that my art is a little bit like that to this date. It’s closer to performing art than visual arts in the sense that I work with a team of people who are virtuosos at what they do; be it programming or industrial design or animation. And my job is really like a director. So, I put together all the different specialties to create artworks that are interstitial or they're like a connection of all of these media. So, my practice is very similar to that kind of collaborative, more performative, more performance art as opposed to a very solitary artist that’s sitting in front of his or her canvas getting some kind of inspiration. That's not my experience. My experience is of working with others to develop these projects and then we notice that the public can be an integral part of the artwork. We notice that in a way when you're making these kind of interactive artworks [it's] the public takes the role of the actor.”

“If in theatre you may have actors or in dance may have dancers, here it's the public that activates the artwork. And in that sense, I felt or not just me but like a whole generation of artists, felt that it’s interesting to open up the artwork to the public to have some agency or to have some kind of contribution to the art event.” 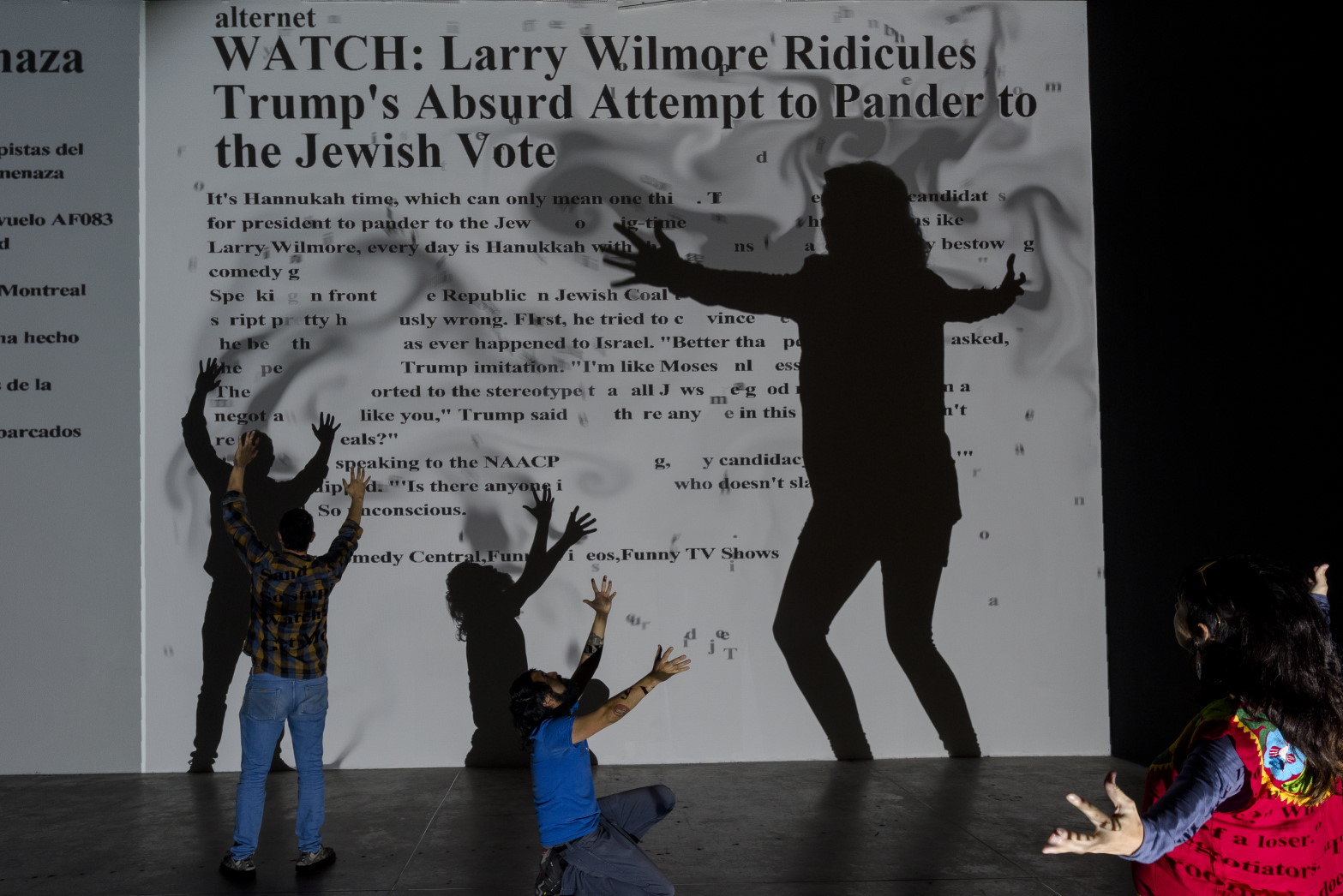 You represent the future of art, implementing lots of technology; we see interactive displays more and more each day.  What do you see in the future for art?  Any trends in particular?

“I mean I'm very curious about, you know, innovation. I’m very curious about phenomena that are emerging now with networks and with blockchain and so on so forth. But the thing I should mention is that I've never felt that I was working with technology because it was something new or original. I worked with technology because it's inevitable. In other words, every aspect of our lives: economy, the war, our relationships, everything is mediated by technology. So from my perspective…it's an inescapable part of our reality.”

“I heard that  Americans have 8 hours of screen time on average a day between their phone, internet and TV. And a typical American sits for 8 hours with a display. So, what would it be like to imagine a person without display, without this connectivity? We don't know because we all use technology to keep our countries operational.”

“But as a nerd and as a person who's interested in mathematics and computation and in memory, I do admit that there are phenomena that I think are remarkable and that they're producing a new kind of art. A perfect example of course is AI. So AI is basically a set of statistical algorithms and approaches that allow a computer to learn from a training set.”

“I would say that a good portion of my artwork now is made with machine learning and artificial intelligence, but again, always as a collaborative approach. You use this to create artworks in the traditions that art has always been concerned about: about jealousy and stress and bliss and seduction and all of these questions.” 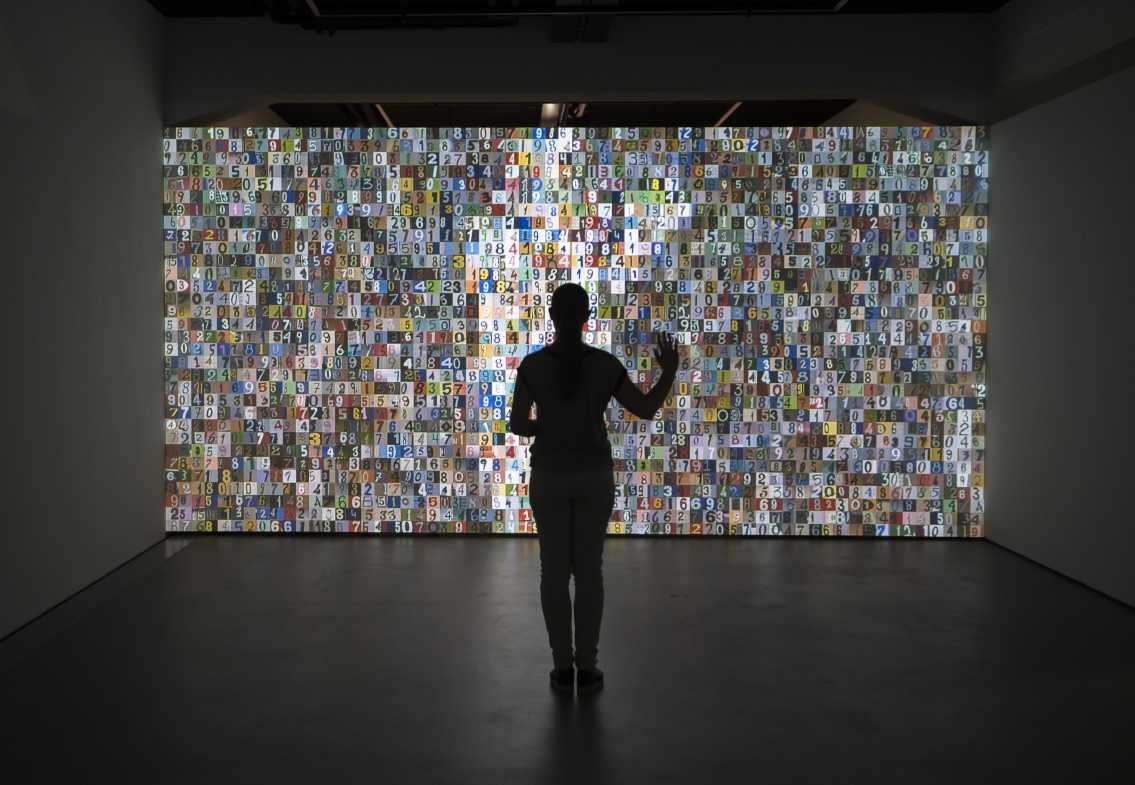 Lastly, I read you live between Montreal and Madrid. Why these two cities in particular?

“Montreal is a really great city for developing artwork especially technological artwork because there's a lot of nerds. We have a lot of universities which, you know, produce engineering or programming that we need for this kind of artwork.   And then Madrid is great also but for different reasons. A lot of my work used to be in Europe and so I started in Madrid. Now most of my work is in Latin America and the U.S. and in Asia so being in Canada is a little bit closer than being in Madrid.”

“The truth is that the studio in Montreal is incredible. It's not because it's my studio, but just the access to good real estate, good industrial real estate. It’s an expensive city as far as North American cities go. I get support from the Canadian government, so this is a very interesting thing. I run my studio as an R&D firm and so the Canadian government helps me pay some of the salaries for the programmers and engineers because in Canada, we could not compete with some of the salaries that are paid south of the border. And so, the government helps you as a studio to be able to afford these people and so I'm very lucky because I have 15 unbelievably talented developers with me, and I would never be able to do that in Madrid or elsewhere. Montreal is fabulous for that because they really believe in research.”

Did you get you motivated to create art after reading about “Lozano-Hemmer”? Are you ready to create something extraordinary? Make sure to shop the set below for your next creation.

I love this piece of art installation by Rafael. The fact that he allows the public to be an integral part his artwork in such a unique way is genius! He has demonstrated that it is certainly possible to fuse art with technology. Even though we might not have the experience, skills or even the tachnological means, there are people who can help us bring our ideas to reality. Collaboration is the key. Inspiring indeed. Thank you!

Hi Hazel! We’re so colored to hear how much you’ve enjoyed this blog and the artists works. Your feedback is inspiring and refreshing! Thank you so much for your kind words and sharing with us. Warm colors! :)