20 Female Artists You Should Know 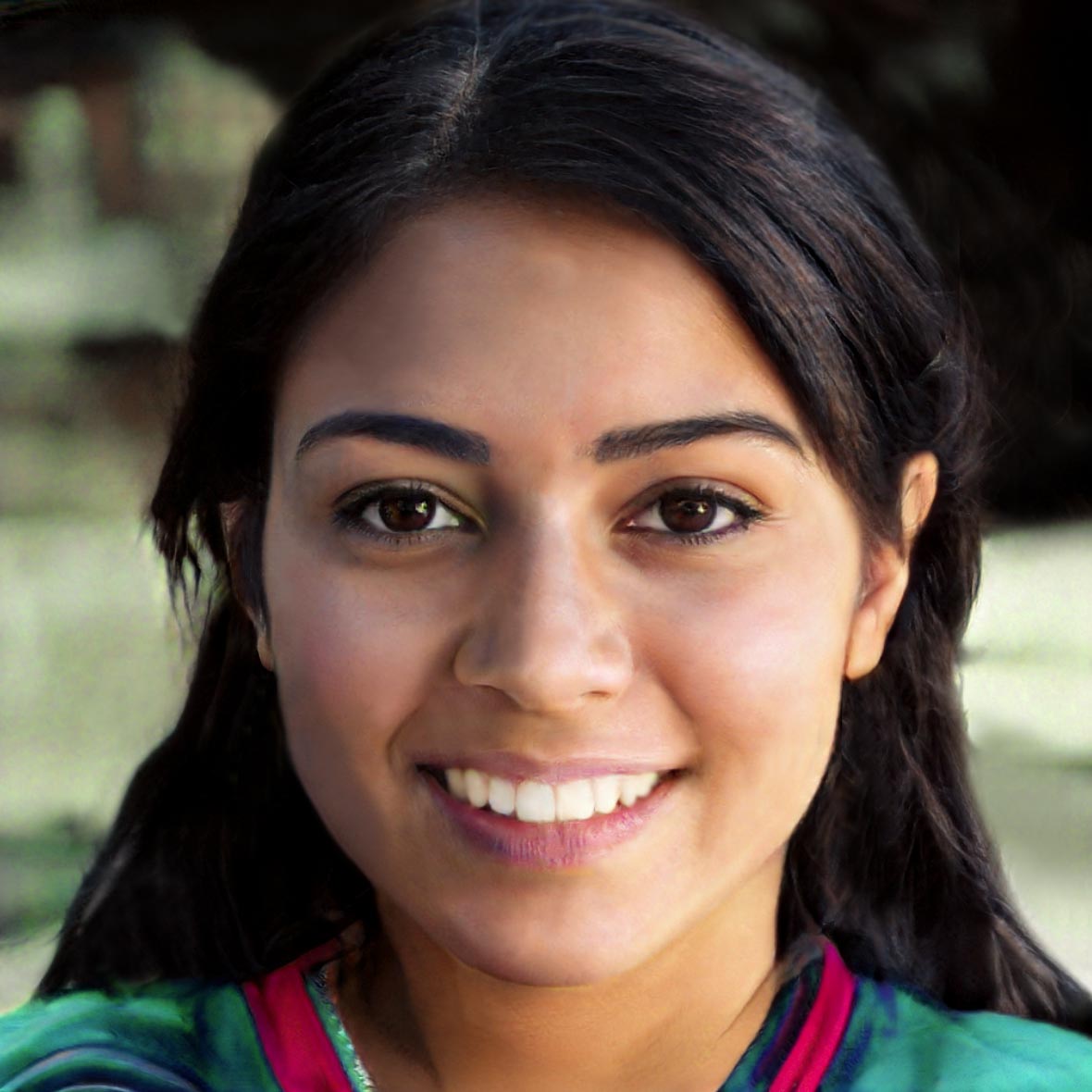 Posted by Aubrey Santana
Having traveled to practically every corner of the world, I draw inspiration for my art from the people, foods, and traditions of many different cultures.

Throughout the study of art history, male artists have dominated. For generations, only a select number of female artists have been part of the typical college art history curriculum, leaving many aspiring female artists to wonder, “Where are all the great women artists?” There are many reasons women haven’t gotten the acclaim they deserve until recently. Until 1860, women weren’t allowed to attend art schools or show their work at the salon exhibitions of the day, and even when they could, it was on a limited basis. Unfortunately, as more and more women entered the elite art academies and began showing their work, much of it was undervalued or overlooked.

With the beginning of the Women’s Movement in the 1960s, more and more female artists started getting the recognition they deserved. Today, the history of art is being reexamined and those artists who fell by the wayside are now being included and given accolades for their contributions to the evolution of art.

We have compiled a list we believe to be some of the most important female artists of the past and present. We regret we don’t have the space to include all women who’ve enriched the important art movements throughout time. If we’ve left off one of your favorites, we apologize.

To be a woman who was a professional portrait artist in the 1700s was unheard of. To be a woman who was the official portrait artist of the Queen of France was unthinkable. Yet, Louise Elisabeth Vigée Le Brun was both of these. Madame Le Brun is best known for her highly flattering portraits of the rich and elite in the Rococo and Neoclassical style. During her life, she created around 660 portraits and 220 landscapes, some of which hang in such famous museums as the Louvre, the Hermitage Museum, London’s National Gallery, and the Metropolitan Museum of Art. 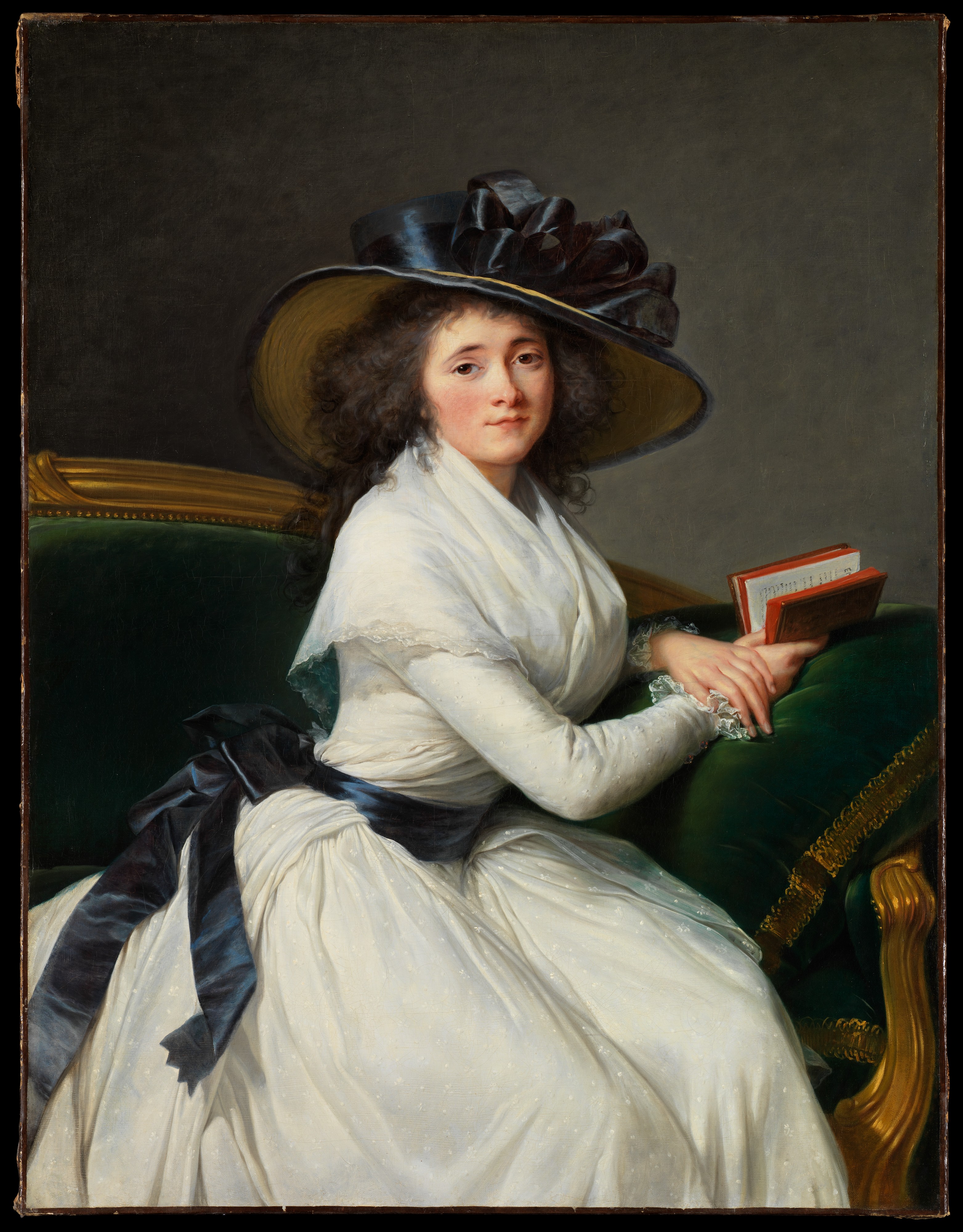 Rosa Bonheur was widely recognized as the most famous female painter in France during the 19th century. Her fame came from her breathtaking paintings of animals, especially horses and cattle. Rosa was luckier than most girls who dreamed of becoming artists at the time because her father, Oscar-Raymond Bonheur, was an established painter and gave lessons to his daughter while encouraging her pursuit of art as a career. 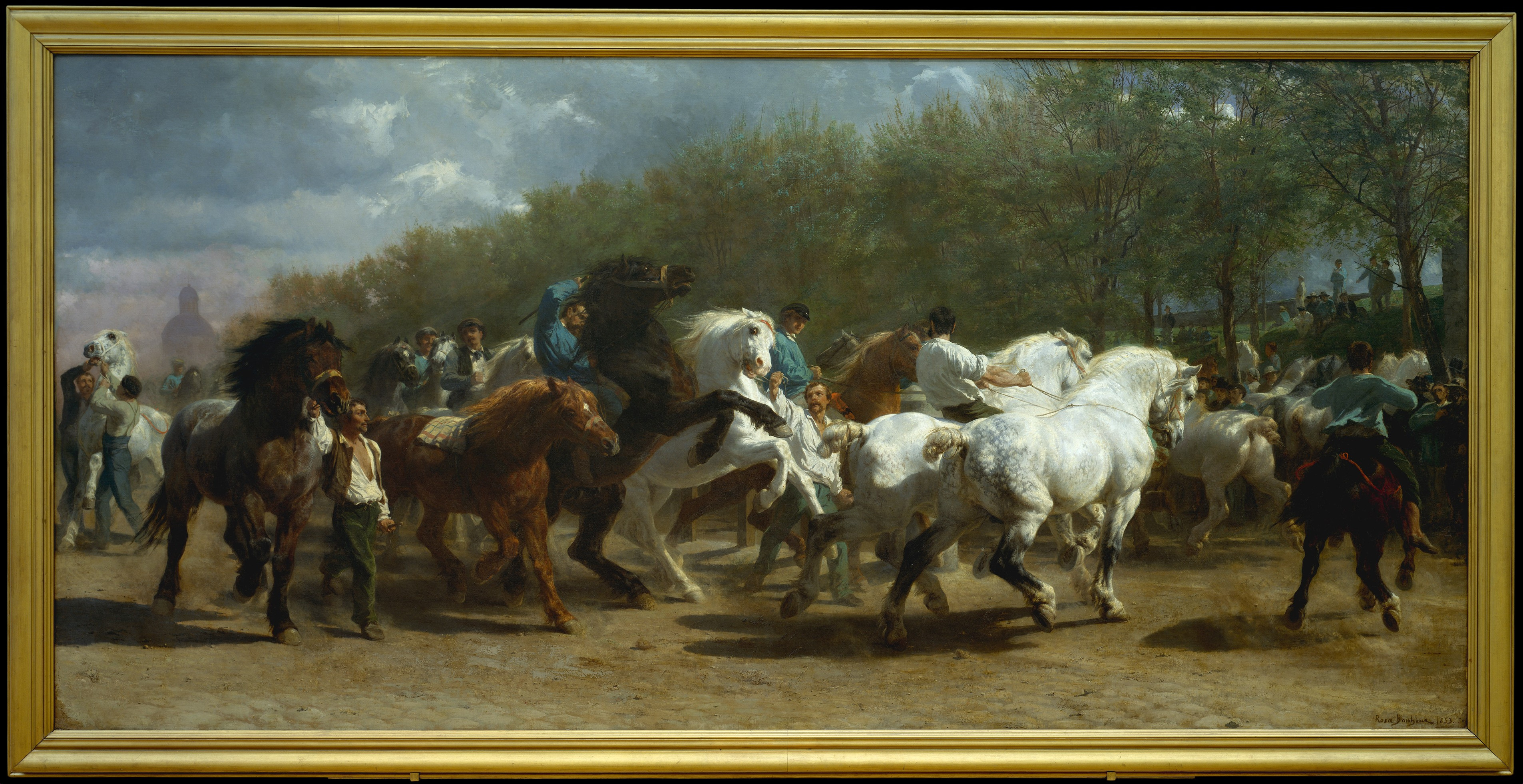 A member of the famous group of male Impressionists, Mary Cassatt became known for her beautiful portrayals of women, children, and domestic life. An American painter who lived in France, Cassatt was inspired by the light, patterns, Japanese printmaking, and the intimacy of family, which can be seen in her paintings and prints. Her paintings are highly prized and hang in private collections as well as in the world’s greatest museums. She has been an inspiration for both male and female painters who came after her. 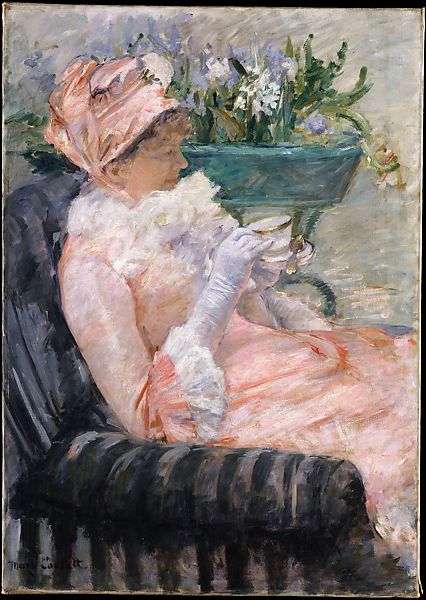 Georgia O'Keeffe's art can be seen on everything from famous museum walls to calendars, mugs, and T-shirts. She is probably the most well-known female American artist who ever lived. Proclaimed by several art critics as the “Mother of American Modernism,” her legacy of abstract artwork continues to influence artists of our time. She is best known for her large and provocative flowers and skull paintings, but her work spans as far as American western landscapes to New York City skyscrapers. 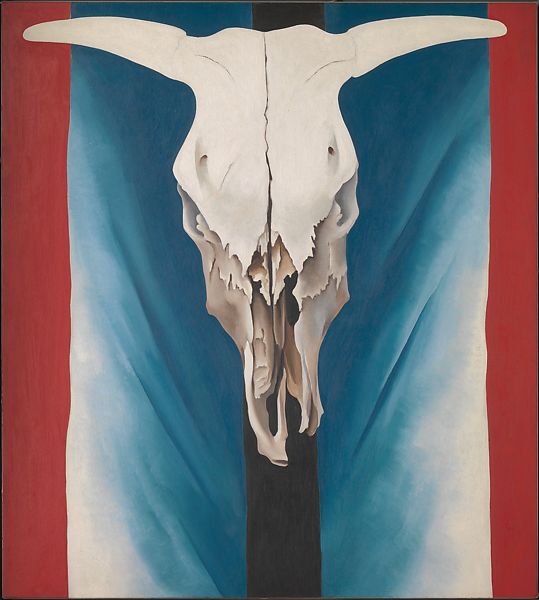 This Russian avant-garde artist was ahead of her time as one of the first female leaders in the Cubo-Futurism movement developed in Russia. This movement combined the Italian Futurism style with French Cubism. From there she explored the Suprematist movement, which came into being around 1913 in Russia. Its basis was the use of geometric forms, such as squares, rectangles, and circles. Besides her iconic paintings, she is also known for her fabric prints, book covers, and posters. 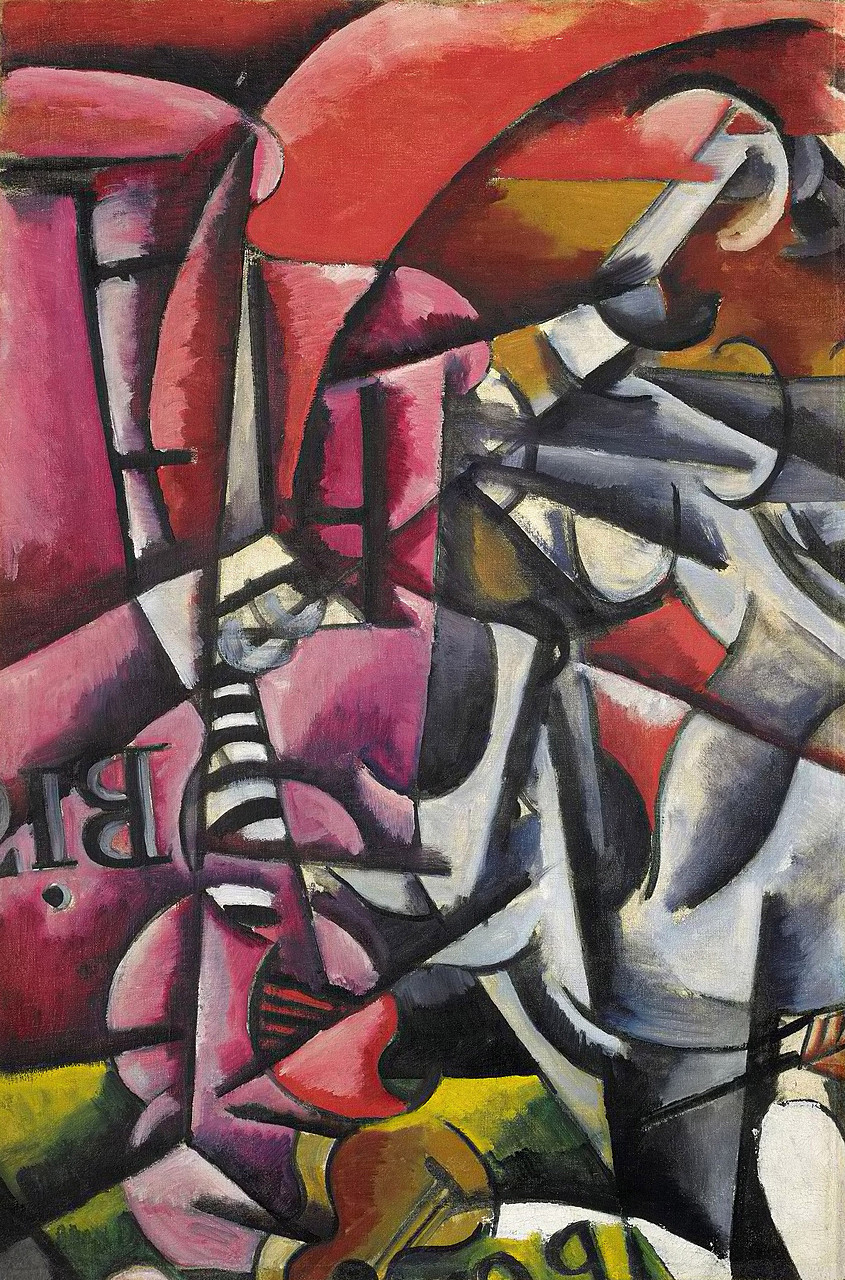 During the Civil Rights Movement in the United States, the artwork of Alma Thomas stood out as a beacon of hope and optimism. This African American artist dedicated her life to her art after retiring from teaching for 36 years. Her rise to fame skyrocketed when her colorful Expressionist paintings were exhibited at the Whitney Museum of Art and she became the first female African American to hold a solo exhibit there. Her works have hung in the White House and today can be seen at the Smithsonian American Art Museum. 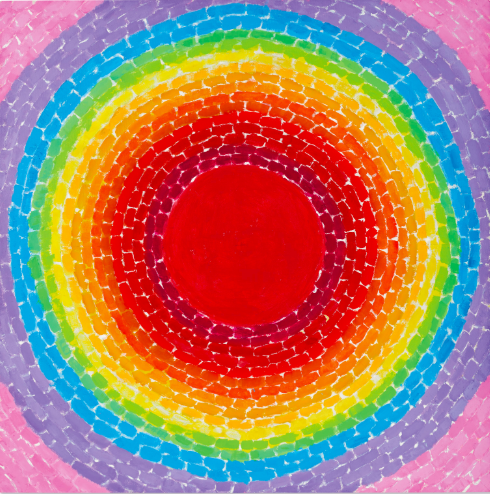 The work of Polish artist Tamara De Lempicka stands out as the epitome of Art Deco style. Her self-portraits and women models embody the elegance of an era with a modern twist in their tubular forms. She used clear, lustrous colors in her distinctive portraiture of the wealthy French aristocrats for which she is best known. Today, her work can be seen in prestigious venues as the Metropolitan Museum of Art in New York City, the Musée des Beaux-Arts de Nantes in France, and the National Museum of Women in the Arts in Washington, D.C. 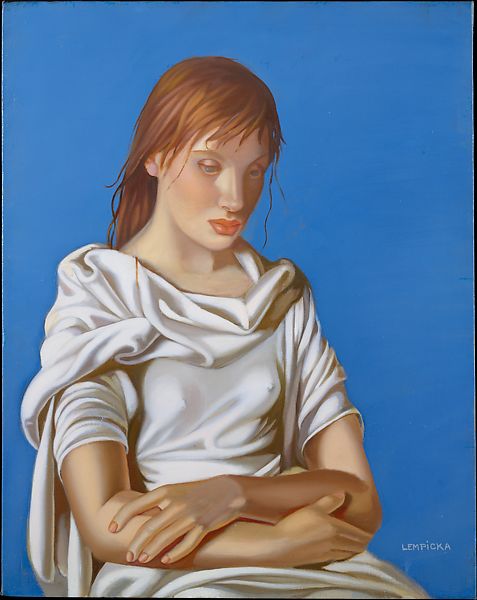 Whenever we talk about famous artists, the name Frida Kahlo is always at the top of the list. Her works capture the culture of her home country, Mexico, while being thought-provoking as examinations of the important questions concerning gender, class, and race, which is just one of the many reasons she remains so popular today. With bright colors and a folk-art, surrealist style, Frida Kahlo created artwork inspired by nature and Mexican artifacts, as well as painting numerous self-portraits and portraits of others. She is considered a major influence by many of today’s contemporary female artists. 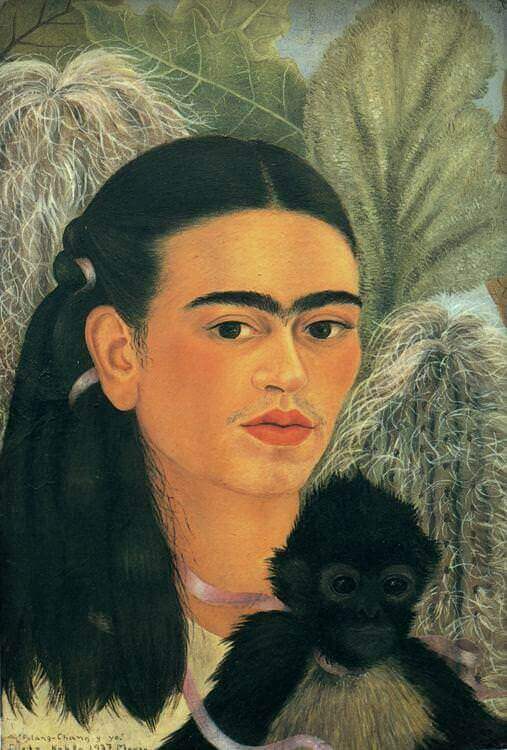 Best known for her enormous spider sculptures and other large-scale works, Louise Bourgeois was also a talented painter and printmaker. She enjoyed a long career, which produced a substantial body of work. This French American artist explored many themes through her art, including family, sexuality, and death. She’s not associated with any one particular art group, but her work is treated by many as Feminist and Surrealist art. 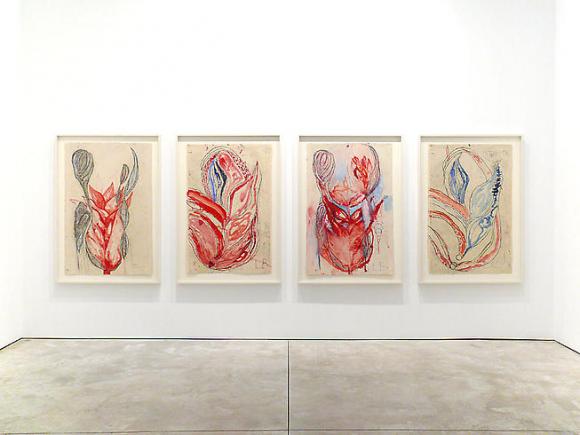 A person’s culture and family history can be a great inspiration for their art. This was the case with Gwendolyn Knight. For most of her career, this influential painter focused on African American culture and history. She painted portraits, city scenes, landscapes, and still lifes in oil, watercolor, and gouache. Later in her career, Gwendolyn Knight would switch to etchings and monoprints of animals in a lyrical style in response to her feelings about African dance and theater. 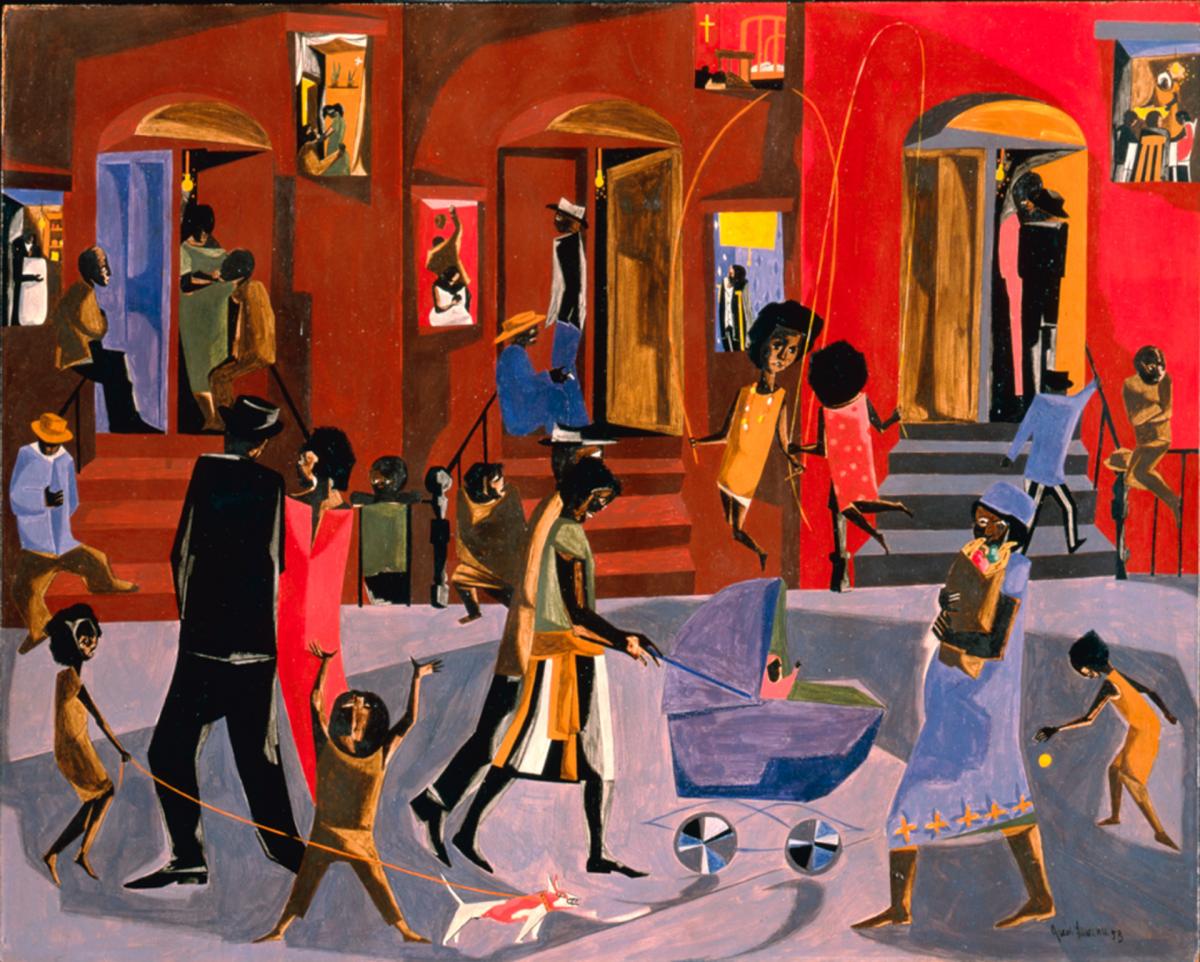 As a 20th-century, Brazilian contemporary artist, Mira Schendel is as well-known for her attention to the surface of her work as she is for the subject. She often used rice paper for her delicate pencil drawings. She was also a painter, poet, and sculptor, whose work was inspired by language and poetry. She used letters, words, and phrases reminiscent of Haiku in her monotype prints, drawings, and watercolor paintings. 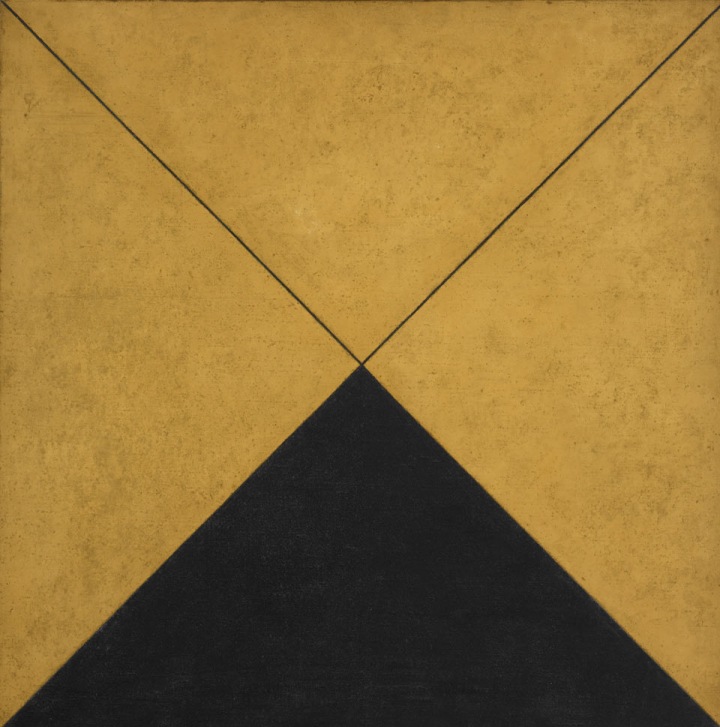 Helen Frankenthaler stands out as one of the major contributors to the evolution of post-war American art. For more than 60 years, this abstract expressionist painter exhibited her works and influenced the artwork of generations of painters. Her claim to fame is her unique method of staining the canvas in thin color layers. Although she worked primarily in oils, she experimented with acrylics later in her life. Up until her death, Frankenthaler continued to produce relevant new works and is still affecting the work of today’s artists. 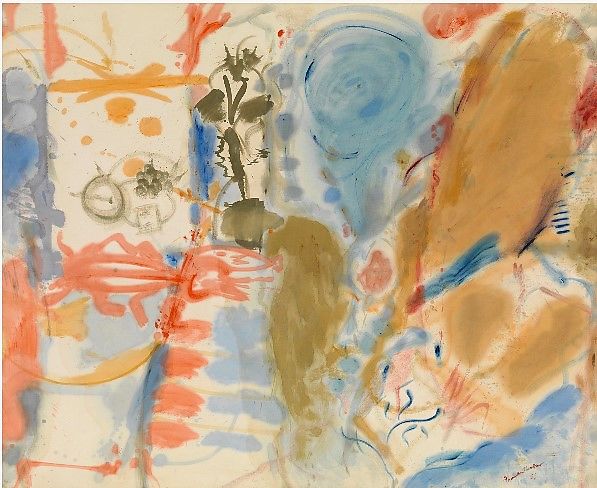 Considered a major influence on modern artists, including Andy Warhol, Yayoi Kusama is a Japanese avant-garde artist best known for her use of polka dots and electric colors. Her works span sculpture, installation, and paintings as well as film, fashion, and literature. A conceptual artist, she infiltrates feminism, pop art, and abstract impressionism into her work. 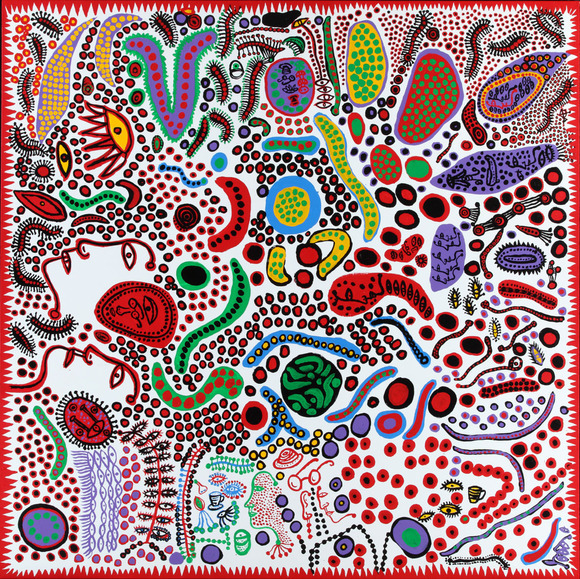 Faith Ringgold isn’t afraid to address the tough subjects, including feminism, politics, and activism in her colorful abstract paintings, quilts, mixed media sculptures, and children’s books. Her brightly colored works are narrative representations of her beliefs with inspiration from past and present historical events. 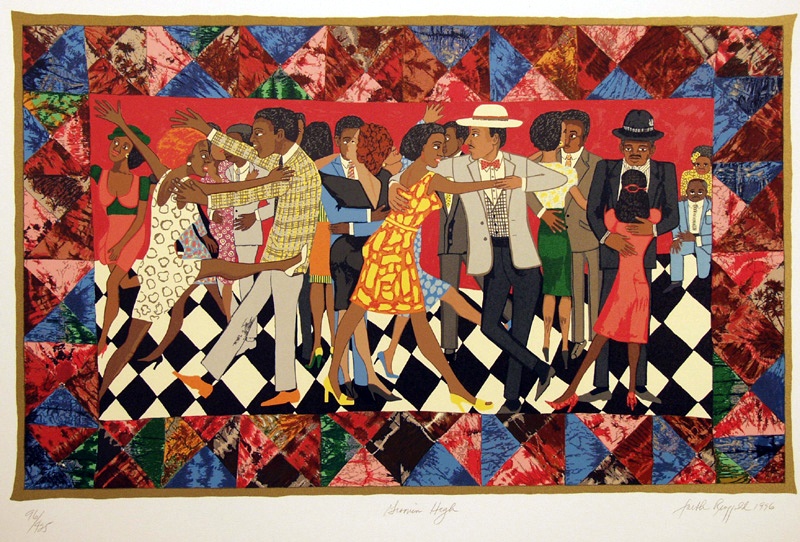 Classified as a Feminist artist, Judy Chicago is best known for her collaborative installations that represent birth, creation, and women’s roles throughout history. She was the founder of the first feminist art program in the United States and continues to be an activist in women's rights and art education. She has written influential articles and books while boosting the women’s movement with her most famous work, The Dinner Party—a celebration of the accomplishments of history’s most esteemed women. It is considered a premier feminist artwork in the United States. 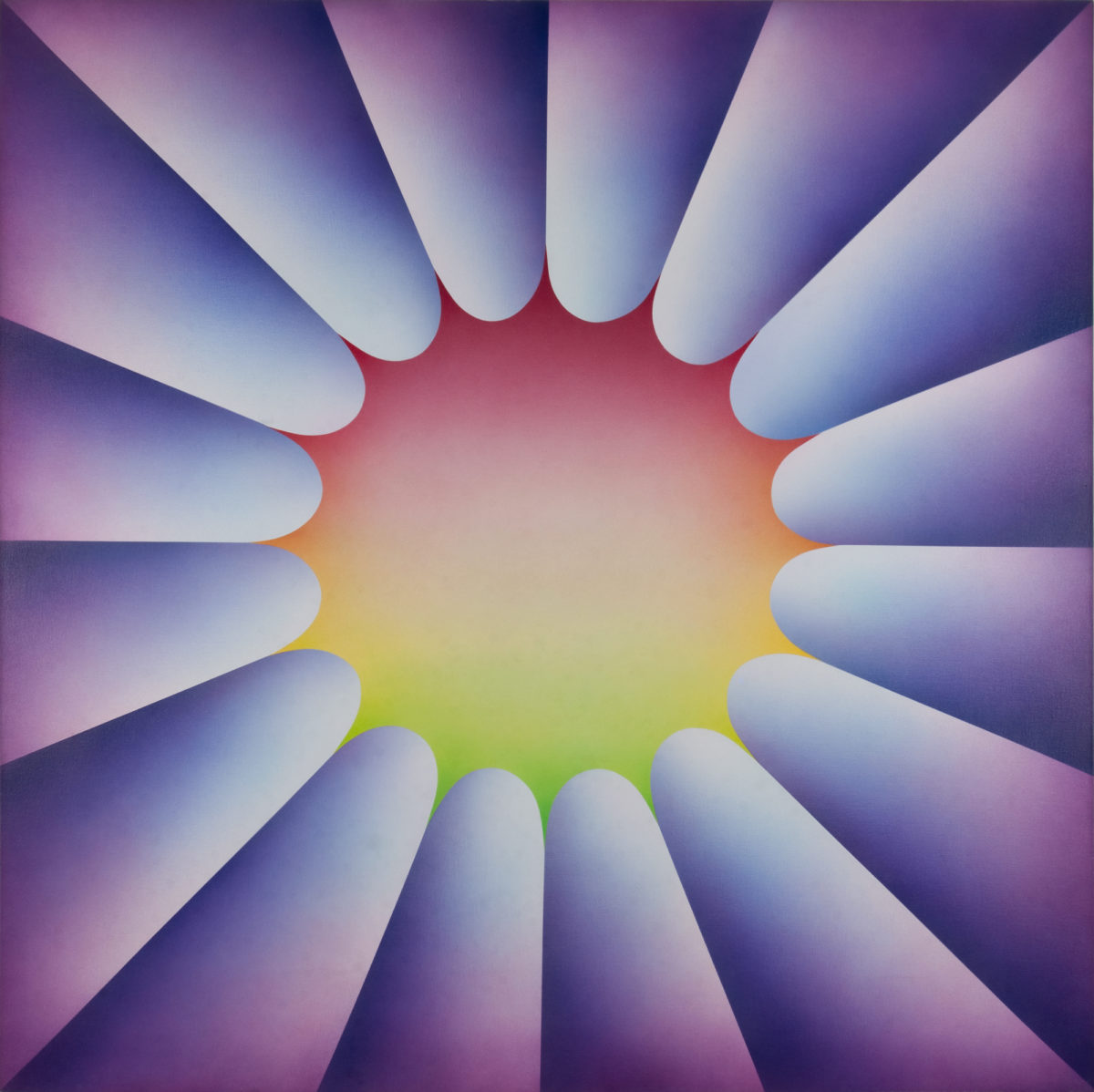 This American painter and mixed-media artist addresses feminism, racism, slavery, and exploitation through her abstract paintings, intricate collages, video drawings, and process art, which focuses on the creative process itself over the end result. She uses a variety of techniques and materials in her varied works. 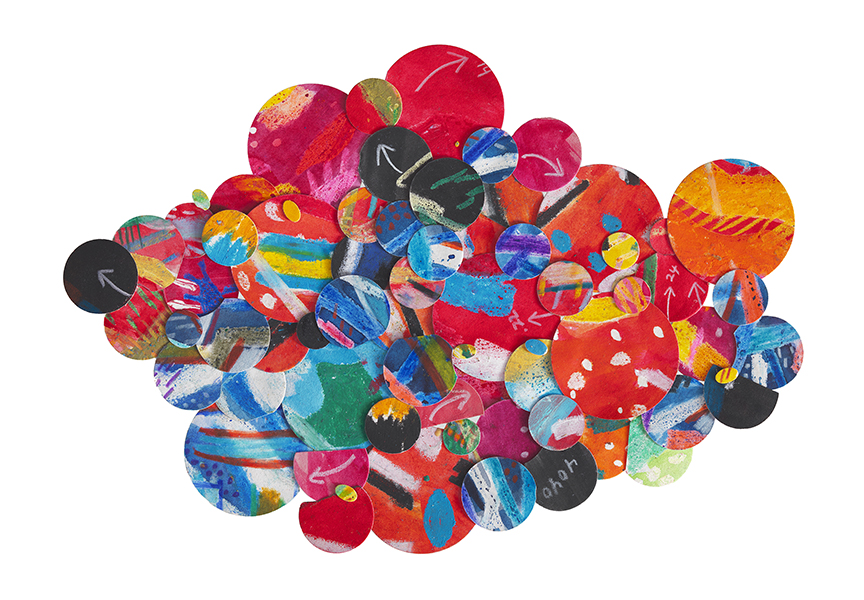 A famous Serbian American painter and performance artist, Marina Abramovich invites observers to participate in exploring the limits of the mind and body. In addition to her performance art, she uses her own body as a canvas to confront the pain and the limitations of the human body in what is known as body art. She is acknowledged as one of the foremost provocative and important artistic presences of our time. 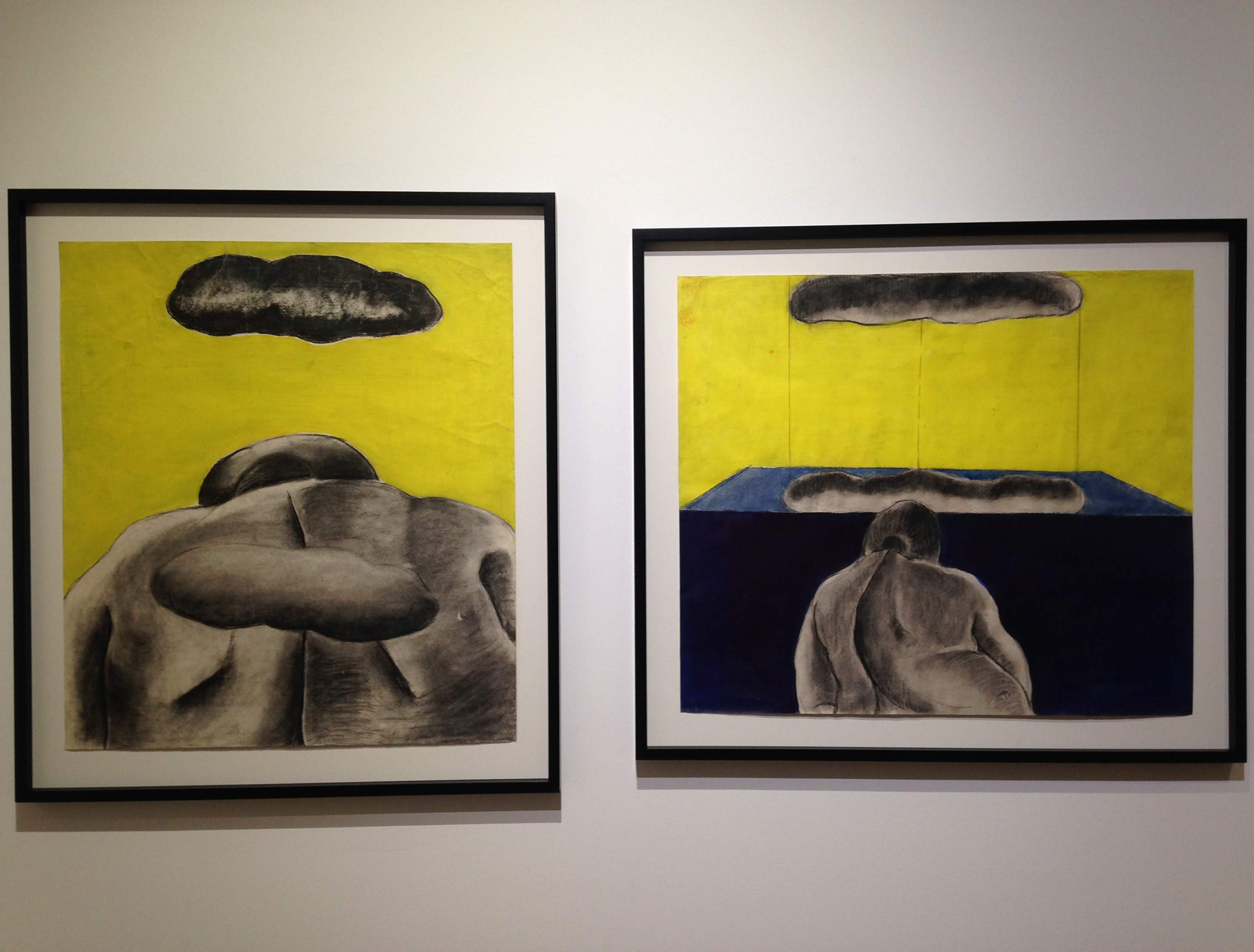 This multifaceted British artist uses several media to express herself, including drawing, painting, sculpture, neon text, sewn applique, sculpture, film, and photography. Much of her work is autobiographical. Her rebellious style comes naturally to this artist who was considered an activist artist of the 1980s when she exhibited with a group known as the Young British Artists. Today, she is a Royal Academician with the Royal Academy of Arts. 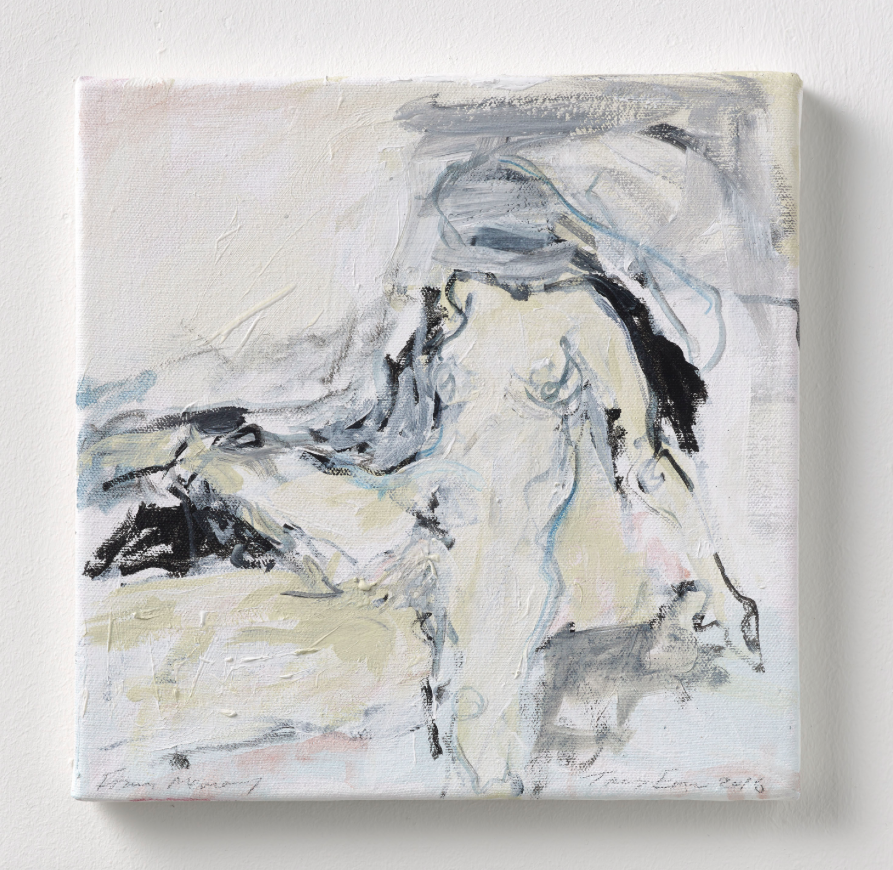 Toba Khedoori is an Australian artist of Iraqi descent. Her stark and detailed mixed-media and oil paintings on large wax-coated sheets of paper use space and everyday objects, such as a tile floor, fireplace, or crumpled paper, to encourage the viewer to pay attention to and contemplate how we each move through the world. Her works hang in many important galleries and museums such as the Museum of Modern Art in NYC, the Los Angeles County Museum of Art, and Vienna’s Albertina. 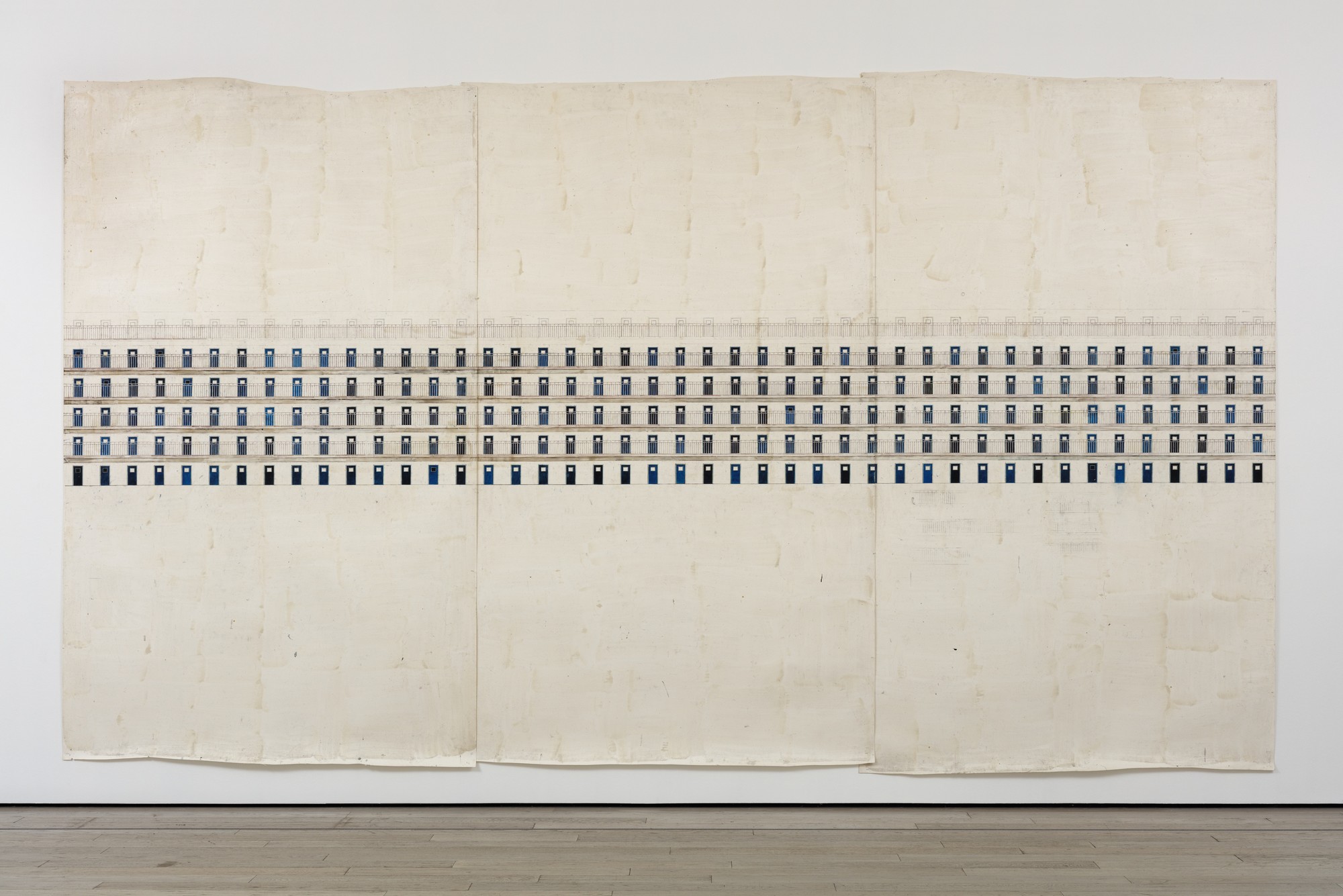 Through her use of large, stark black paper-cut silhouettes and drawings, Kara Walker invites viewers of her art into the world of slavery and African history in America. Many of her works portray the brutality of slavery. Although she is best known for her paintings, she is also an influential sculpture, whose monumental work, made entirely of sugar at the old Domino Sugar Factory in Brooklyn, New York, depicting a black woman as a sphinx, is one of her most important works. 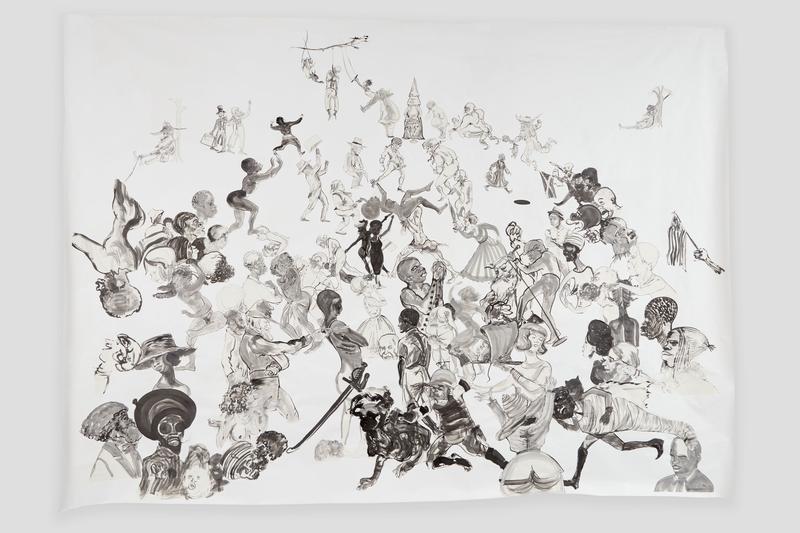 The number of female artists who have made a mark on the art world is large and varied. We hope this peek at some we love will inspire you to explore and discover more. A great place to start your search is on the internet, where you’ll uncover the lives and art of women from around the globe. There’s no better way to be motivated to create than by examining those great artists who came before us and those who continue to master their craft today. We’d love to know who’s your favorite female artist!